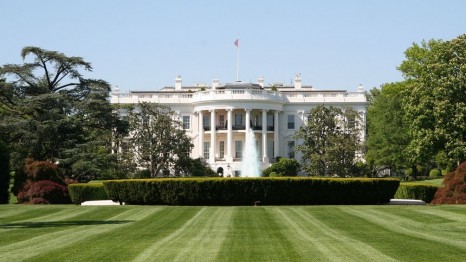 New US carbon pollution standards for power plants set to be released in June will be tough but flexible, the official tasked with their deployment said on Tuesday.

Speaking at a White House event, Environmental Protection Agency chief Gina McCarthy said the rules, already the subject of intense scrutiny, will boost the deployment of wind and solar, together with energy efficiency schemes.

“We are going to put out a proposal that will get significant reductions but be flexible, recognising that states are in different places and we need to make this work,” she said.

“It’s an opportunity for every State to advance the way they want to advance – but we want to drive carbon pollution down.”

The new standards are expected to build on those released last September by the Obama Administration, which require new gas and coal-fired units to meet a limit of 1,100 pounds of CO2 per megawatt-hour.

The rules are part of a raft of initiatives released by the White House, which is committed to cutting greenhouse gas emissions 17% from 2005 levels by 2020, but knows it cannot rely on the support of a hostile Congress.

A Supreme Court hearing into the EPA’s powers to curb US carbon emissions yesterday highlighted the strength of opposition to these plans across some parts of the country.

A coalition of power companies and 12 states including Florida, Alabama and Texas want to reverse a 2007 ruling that carbon dioxide can be regulated under the Clean Air Act as it is a threat to health.

Their chances of winning appear slim, given the Supreme Court has already upheld the EPA’s authority in cases brought in 2007 and 2011.

But observers such as the Washington-based Environmental Defence Fund warn that while the law may not be at risk, these cases risk further polarising the debate and making it more difficult for the EPA to operate without consistent challenges in the courts.

“Climate obstructionists will undoubtedly twist the meaning of the case to suggest broader implications, despite the court’s decision to review only one narrow question.” Said EDF’s legal counsel Vickie Patton.

McCarthy called on states and companies to work with the EPA ahead of the proposed laws, saying she wanted to hear the “good, the bad and the ugly.”

The Agency undertook an 11-city tour last year after the first tranche of standards were released, and McCarthy plans to increase the level of consultations ahead of June, adding that she’s realistic about the reception they may receive.

“We know it will get attacked. We know that there’s going to be hundreds of millions of dollars designed to take these proposals down. I’m not paranoid…I’m just reading stuff.”

Boots: The President has made it clear that he believes we have a moral obligation to our children and future generations #ActOnClimate

McCarthy also praised President Barack Obama – who appointed her last year – for his “moral courage” in deciding to address climate change without the support of Congress.

“I am grateful he speaks to these issues so eloquently,” she said. “I’m grateful he’s stepped up and make it a moral issue – that’s what we need from political issues.

“We had been relying on Congress to address it … but the President said to all cabinet members to look at tools in tool box because we ain’t waiting.”