Free parking, charging facilities and access to bus lanes seen as essential for electric market to take off in UK 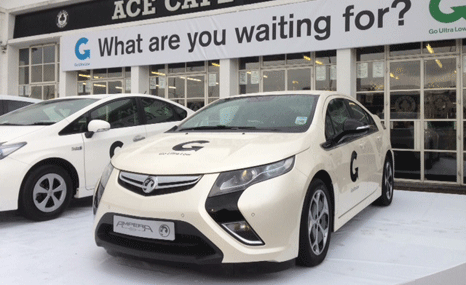 Leading cities should do more to encourage the use of electric cars by investing in charging facilities and allowing zero emission vehicles to use bus lanes, says the head of Renault UK.

Kenneth Ramirez said that it was important to create a “wave of acceptance” around electric vehicle technology to encourage their uptake, calling on London Mayor Boris Johnson to follow Norway in allowing electric cars to use lanes reserved for public transport.

He told RTCC: “In London that would be an interesting approach. In other cities having legislation that requires new buildings have a dedicated number of parking spaces with charge stations already included.”

Renault sees electric cars as a key part of its portfolio of vehicles. It currently sells four electric cars, from its miniature Twizy to the Kangoo van, and leads the market in Europe with a 61% share. It has sold about 30,000 vehicles since its first model went on sale just over two years ago.

Ramirez cites Norway as a country which has ‘culturally accepted’ the benefits of zero emissions technology. There are now 21,000 electric vehicles registered in the country, which has a population of 5 million. Purchases of the zero-emission cars make up 10% of all sales.

Oslo’s success is in stark contrast to the UK. A  2012 government survey revealed 92% of respondents said they were “not at all likely” to buy an electric car as their next vehicle. Only 1% said that were “very likely”.

Ramirez was speaking as UK Deputy Prime Minister Nick Clegg launched a new scheme to dispel some of the myths about electric vehicles – that they have a limited range and are difficult to charge, for example – in the hopes that more people will be encourage to adopt a lower emissions vehicle.

Clegg said that he wanted the UK to be a “trend setter,” adding: “I think history shows that with these new technologies you have a period of time when things bubble along and then you suddenly get real lift off as consumer interest is really engaged.” 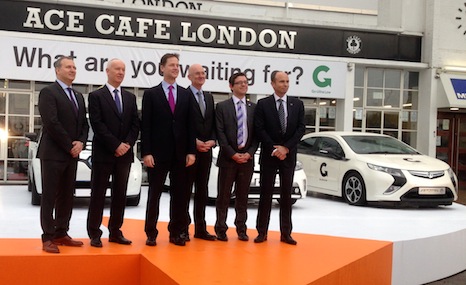 Reshaping the public image of electric vehicles is the first step in helping the UK to catch up with its European and global competitors.

According to the International Energy Agency, 4.4% of the global electric vehicle stock is currently being driven on UK roads, compared to 38% in the US and 24% in Japan.

Its adds that ff the world is to stay below 2C of warming – the level deemed “dangerous” by governments – then three quarters of all vehicle sales need to be plug-in electric of some variety by 2050.

The widespread deployment of electric vehicles powered by clean sources of energy is seen as vital if the world is to successfully tackle climate change.

Figures from the US Environmental Protection Agency show that in 2011, transport accounted for 28% of greenhouse gas emissions in America – the second largest contribution after the electricity sector.

Inventive ways of encouraging the uptake of cleaner forms of transport are already being introduced by cities and companies around the world.

US electric car manufacturer Tesla motors recently completed a 76 hour coast to coast drive from Los Angeles to New York in an attempt to prove supercharging points in the US are accessible and work.

OFFICIAL: We have made it to New York City! Our Coast to Coast Rally is complete! #DriveFree pic.twitter.com/ESlSp15o7K

South Korea’s capital Seoul has a weekly ‘No Driving Day’ programme, where drivers receive incentives to leave their cars at home for one day a week. Further discussions and idea sharing will feature at the C40 summit of mayors taking place in Johannesburg this week.

Changing the way people think about electric vehicles is a political challenge, said Ramirez: “We provide a lot of awareness of technology, awareness of the benefits, but I think the cultural movement, education, always lies with the government.”

Persuading people of the benefits is the “next big challenge” for car companies, Matt Harrison, the UK managing director of Toyota, told RTCC. “People think ‘new technology – is it reliable? Is it proven?’ Our data shows it’s more reliable than conventional technology. There’s less to go wrong.”