State of the Union: How will Obama tackle climate change? 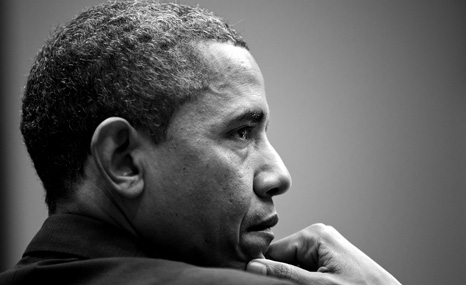 US President Obama will likely use his State of the Union address later today pledge the use of executive powers to bypass Congress on curbing coal and encouraging renewables, but the announcement of landmark new polices is unlikely.

Because the speech is usually a broad brush outline of the all the main priorities – both domestic and foreign – Obama’s comments on climate and energy are likely to focus on how he will deliver the “climate action plan” announced last June, bypassing a hostile Congress if necessary.

Dirk Forrister, a former climate advisor to President Clinton and the head of a carbon trading lobby, said Obama may signal that he prefers a new federal law to cut emissions.

Or at the very least, Obama is likely to remind Congress he can use his existing authority to the maximum by regulating coal-fired power through the Clean Air Act.

“Hopefully, he’ll make clear that he has directed EPA to find ways to include market-based measures for states like California to keep up the good work they have underway through their cap-and-trade programme,” Forrister said.

Strong US policies to limit domestic greenhouse gas emissions are seen as critical to the success of a proposed UN climate treaty, which is set to be signed in Paris in little over 22 months time. The country is the world’s second largest source of climate-warming gases after China.

The address, which is usually delivered to an audience of Congress and broadcast across US Networks, last year outlined plans to use the power of the presidency to curb greenhouse gas emissions.

This was later backed up in June by a plan to curb coal and encourage renewables and using the Environmental Protection Agency if necessary, a proposal strongly opposed by Republican legislators on Capitol Hill.

Senate Republican leader Mitch McConnell earlier this month tried to force a Senate vote on one of the main regulations in the climate plan, a move that would compel Democrats in coal mining areas to take a public stance on the controversial rule heading into midterm elections in November.

“Even one line mentioning a particular issue can generate a great deal of reaction just because it has managed to make it into the State of the Union speech. But once the hubbub dies down after a few days it’s all about delivery,” said Jake Schmidt of the Natural Resources Defence Council, an environmental think tank.

@johnpodesta on NPR this AM: Obama has “warmed up” to bypassing congress, including for climate policy.

Obama’s former top energy and climate adviser, Carol Browner, told reporters last week that Obama will vow in the State of the Union address  to get the job done on cutting greenhouse gas emissions

However the President is thought unlikely to signal policies that would mean major changes to an ‘all-of the-above’ strategy that aims to encourage wind, solar, biomass but also provides incentives for efficient coal-fired power stations,  as well as fracking for shale gas and oil.

A boom in output of oil and gas from unconventional sources has created hundreds of thousands of new jobs, driven down energy prices and reduced US dependence on imports, benefits Obama is likely to sell again to the US public this evening.

Some left-leaning think tanks want to see the President pick clear winners in the US energy industry, such as extending tax breaks for renewable energy.

They also want a continued moratorium on Arctic drilling and the 40-year ban on US oil exports to be maintained.

Obama is unlikely to give clues in tonight’s speech on whether he will approve or block the highly controversial Keystone XL pipeline, as the president is likely to avoid many specific issues that are divisive within his own party, said Chip Knappenberger of the right-leaning Cato Institute.

“He’s got a lot on his plate, so I’d be surprised if energy and climate issues get more than a couple of lines in the entire speech,” he said.

Nor is Obama thought likely to link climate change and recent extreme weather events, such as the Polar Vortex that blasted much of the US with freezing temperatures.

While the president is still expected tonight to repeat his commitment to slowing the pace of climate change, he will probably be coy on details – such as post-2020 emissions cuts – as major emitters still have a year before they have to submit their plans to the UN.

Recent comments by Obama printed in the New Yorker appear to underline a growing concern in the White House that the talks to build a global deal to be signed in Paris next year are the last chance to curb rises in global temperatures.

The President was reported as saying “we’ll be four feet underwater” if China and India ended up consuming as much fossil-fuel generated energy as the USA.