UK has made largest contribution to global warming says study

Based on size of population, Britain is a world leader in greenhouse gas emissions, due to its historic use of coal 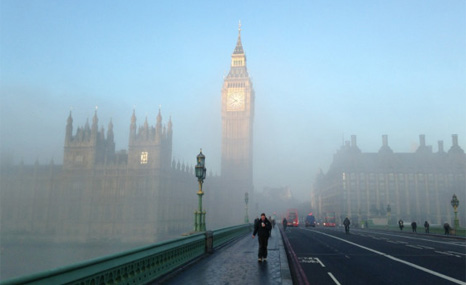 The UK is more responsible for global warming than any other country – if global carbon dioxide emissions are allocated using  per capita calculations.

Based on this formula, the UK is rated the world’s top carbon polluter, followed closely by the USA, Canada, Russia and Germany. China, currently the world’s leading emitter, lies in 19th position.

The results are published in the Environmental Research Letters journal, and shed a revealing light on which countries are most responsible for causing the world’s temperatures to rise.

Carbon emissions and the resulting ‘historical responsibility’ of causing climate change are traditionally measured on a country rather than population basis, a calculation that places the USA top, China second, and the UK in seventh.

This way of working out cumulative emissions pushes the emerging economies of Brazil, Indonesia and India into the top 10 of countries who have sent the levels of carbon dioxide in the atmosphere spiralling towards 400 parts per million. 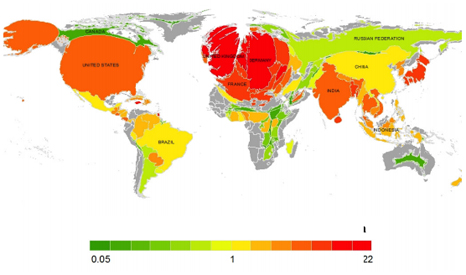 The research is intriguing for five reasons.

For one, the theme of ‘historical responsibility’ during UN climate talks is frequently mentioned, and this data will pose some awkward questions to some developing nations high up the list.

“It is these very questions of equity and responsibility that currently represent major barriers to progress in international negotiations attempting to set national emissions targets, and yet are critical to resolve as we move forward with climate mitigation efforts,” the authors say.

Secondly, the research underscores the potency of coal as a climate warming fossil fuel, and its ability to smash hopes of capping global temperatures in the future.

“The UK’s position in the top seven emitters is strongly tied to historic use of coal, which constitutes a large fraction of their cumulative fossil fuel CO2 emissions.

“By contrast, much more recent coal use in China has led to a much faster current growth rate of cumulative CO2 emissions, and hence a contribution to climate warming that will continue to increase rapidly in the coming years.”

Since the 1980s the UK’s use of coal has fallen dramatically, a factor explaining its decline in emissions since then. 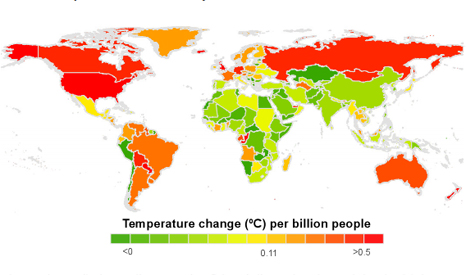 Thirdly, it illustrates that while the use of fossil fuels has contributed to 0.5C of warming, the release of methane, land use change and nitrous oxide from agriculture together are responsible for 0.59C of temperature rises.

A fourth point is that it shines a light back on countries like the UK, Canada, the Netherlands and Australia, who frequently claim they are helpless in the face of rising emissions levels.

“How we choose to allocate the remaining emissions budget is a critical political challenge which can easily become mired in non-trivial arguments surrounding questions of blame and historical responsibility for global warming.

“A clear understanding of national contributions to climate warming provides important information with which to determine national responsibility for global warming, and can therefore be used as a framework to allocate future emissions allowances amongst countries.”

And finally it proclaims what we all knew. China’s emissions are increasing at a staggering rate. See this recent article on how the country is aiming to curb its carbon pollution.

Will it change much at the UN climate negotiations? That’s unlikely.

A recent Brazil-led initiative to explore what level of ‘historic’ responsibility countries should accept was rejected by the UK, USA and EU.

When asked about the level of commitments the UK should adopt in 2012, UK climate and energy minister Greg Barker said it would not be based on calculations dating back to the 19th Century.

“I think it’s one thing to emit unknowingly, it’s quite another to emit when you know the damage is being done by the actions you are undertaking,” Barker said.