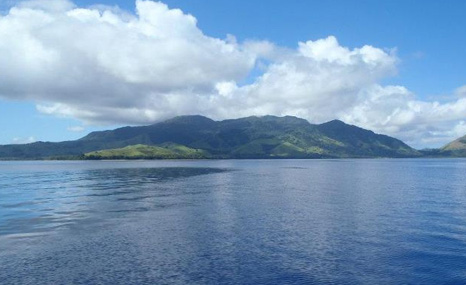 The Fijian village of Vunidogolo has become the first to be relocated under the country’s climate change programme.

Rising sea levels forced the community to abandon their traditional compound, according to reports in the Fiji Times.

Locals say effect of climate change has resulted in seawater flowing into the village compound during high tide, damaging houses and ruining crops.

The government has contributed $879,000, around two-thirds of the capital for the move.

“This cost includes the construction of the 30 houses, fish ponds and copra drier, farms and other projects we have set up in the new village site,” Acting Commissioner Northern Alipate Bolalevu was quoted as saying.

Plans for the move were proposed over a year ago, and it is expected 34 others villages will also be moved as Fiji grapples with an eroding coastline and an encroaching ocean.

A recent report by the yhe Intergovernmental Panel on Climate Change (IPCC) estimates sea levels will rise between 26 and 82 centimetres over the next 100 years.

Fiji and its fellow Pacific state Samoa are still recovering from Tropical Cyclone Evan, which hit in December 2012.

It is thought to be one of the worst storms since 1990, causing around $300 million worth of damage.