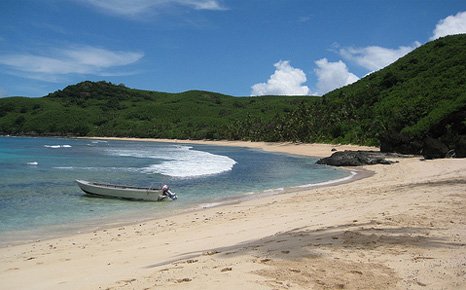 Leaders from 17 island nations met in Fiji last week for a four-day Pacific Island Roundtable summit to discuss how best to cope with rising sea levels and increased incidences of drought.

A statement released at its conclusion called for support to “further efforts to secure an international mechanism” under the UN’s climate convention, emphasising the “existential threat” posed to Pacific Island communities.

Loss and damage is a controversial issue at international negotiations. Many developed countries fearing they could face unlimited liabilities if it were accepted, but climate vulnerable nations argue they are already suffering from extreme weather linked to man-made climate change.

Work towards a mechanism is likely to continue at the next round of international climate talks in Warsaw, although it is unclear how an agreement could be reached.

The leaders also agreed to accelerate work on a regional disaster risk strategy to offer governments better warning and help in the event of extreme weather events.

“A strategic policy and a strong political will and commitment are the key tenants of realizing the vision of integrating climate change and disaster response,” said Fiji’s Minister for Disaster Management, Inia Seruiratu, closing the talks.

If the regional strategy is endorsed by Pacific Leaders in August 2014, the Pacific will be the first region in the world with an integrated plan to tackle disaster risk and climate change.

The importance of a regional partnership was underlined three weeks ago when the Marshall Islands capital Majuro was swamped by record high tides. The whole country is currently suffering from drought, exacerbated by rising sea levels.

Fiji and Samoa are still recovering from Tropical Cyclone Evan, which hit in December 2012. It is thought to be one of the worst storms since 1990, causing around $300 million worth of damage.