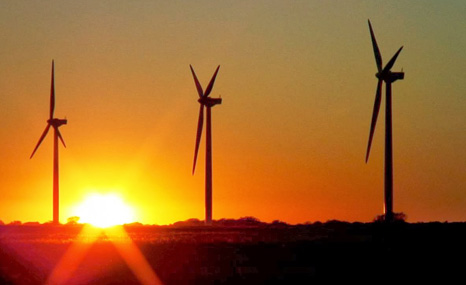 Google has taken another step towards sourcing all its energy from renewable sources with a $75m investment in a Texas wind farm.

The 182MW Panhandle 2 wind farm is set to be operational by the end of 2014, and will generate enough electricity to power 56,000 homes.

Writing on the Google Green Blog, Nick Coons, Renewable Energy Principle, says the latest deal underlines the company’s “long-standing commitment to renewable energy as both an investor and a consumer”.

“In addition to these two projects, we’re also buying Texas wind from the Happy Hereford wind farm as part of our goal of operating on 100% renewable energy,” he says.

The news comes a day after Google revealed it had bought energy efficiency experts Nest Labs for $3.2 billion.

The company has already invested more than $300 million in distributed solar companies, and last November announced it would open six new solar farms in Arizona and California.

Informational Communication Technology (ICT) providers are using increasingly vast quantities of energy to power systems many of us take for granted.

The company says these centres use “50% less energy” than its rivals, but combined they consume enough energy to power a city of 200,000 people.