The projects are located in Southern California and Arizona and will power over 17,000 homes 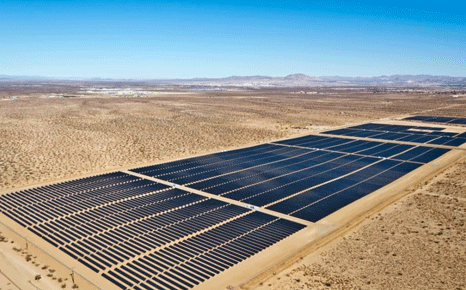 Google has announced six new solar farms in California and Arizona that will be able to to power over 17,000 US homes.

Developed by solar developer Recurrent Energy, the projects have a combined capacity of 106 megawatts (MW) with Google investing $80 million into these facilities.

Kojo Ako-Asare, head of corporate finance at Google said: “These investments are all part of our drive toward a clean energy future – where renewable energy is abundant, accessible and affordable.

“By continuing to invest in renewable energy projects, purchasing clean energy for our operations and working with our utility partners to create new options for ourselves and for other companies interest in buying renewable energy, we’re working hard to make that future a reality.”

Five of the projects are located in Southern California. The sixth is in Arizona. Construction is underway on all six sites, which will be operational by January 2014.

“Google and KKR have made and continue to make the commitments that help solar projects reach the finish line in the development process, bringing more clean electricity onto the grid.”

This investment is similar to one made in 2011, when Google teamed up with KKR and invested $94 million in four solar facilities developed by Recurrent.

Those facilities have since started generating electricity, and the technology company has now invested more than $1 billion in total to renewable energy projects around the world.

Last week Apple announced plans to open a new factory in Mesa, Arizona that “will run on 100% renewable energy from day one,” using solar and geothermal energy,

The move will bring a manufacturing boost to the state, creating 2,000 new jobs, all without requiring additional energy from Mesa.

According to analysts, the US solar market is showing continued growth.

Between April and June, the US installed 832MW, or enough energy to power all the homes in Austin, Texas, representing a 15% increase compared to the beginning of this year. It was solar’s second best quarter ever.

“Today, there’s more than 9,370MW of total solar electric capacity across the US – enough to power more than 1.5 million American homes, including the White House.