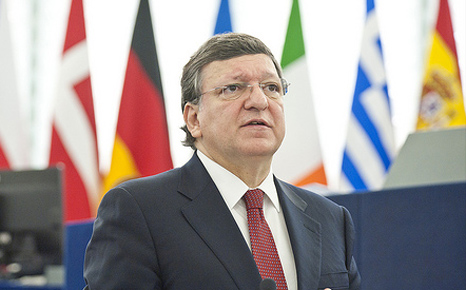 The European Commission is split over what the European Union’s 2030 climate and energy targets should be just nine days ahead of their planned release.

A meeting on Friday ended without a firm resolution over a greenhouse gas emission reduction target, along with energy efficiency and clean energy goals.

RTCC understands that a 2030 emission reduction targets of 35-40% is being discussed, with informal meetings likely to continue in the coming week.

It is unclear whether the Commission can agree on efficiency or renewables targets. Reuters reports a renewables goal of 24-27% is “under discussion”.

On Friday the climate and energy ministers of Germany, Italy, France, Netherlands, Spain and the UK wrote to Climate Commissioner Connie Hedegaard insisting on a 40% target.

“An ambitious greenhouse gas target of at least 40% domestic emission reductions will be central to unlocking the tens of billions in low carbon investments we urgently need, driving forward cutting-edge innovation, jobs and growth that will strengthen our economies,” they said.

This position was supported by two powerful Parliament committees last week, which voted in favour of a 40% reduction in carbon emissions by 2030 from 1990 levels, and a provision that 30% of Europe’s energy comes from renewable sources by the end of the next decade.

Last week the Prince of Wales’s EU Corporate Leaders Group, which counts Tesco, Vodafone, Shell and Unilever as members, said only a 40% target would “give the right long term signals for investments” within the Union.

While the Commissioners’ 2030 White Paper due out on January 22 will only be a recommendation and subject to review from the Parliament and member states, it will be hugely symbolic.

A UN climate deal is scheduled for 2015, and the EU’s commitment to cutting carbon emissions is seen as the benchmark for other countries to base their own targets on, a point noted in the letter from the six ministers.

“To play this leading role, the EU must have an early, clear and ambitious position on its domestic emission reductions through to 2030, and must set early European policies  and regulations to implement its safe and sustainable decarbonisation strategy,” they say.

An EU source speaking on condition of anonymity told RTCC that the Commissioners for the Economy and Industry, Ollie Rehn and Antonio Tajani, were being blamed for pushing for less ambitious goals.

“This is a very important document,” said the source, adding that “heated conversations and lobbying” could be expected in Brussels over the next week.

The complex discussions are compounded by a rapidly changing political situation at the top of European politics.

The region’s far right parties are expected to win large numbers of seats at Parliament elections scheduled for April. Many of these groups, such as UKIP from the UK, are openly hostile towards any climate policies.

The European Commissioners will also leave office at the end of 2014, and are looking to their legacy before they depart.

One report last week suggested the Commission President José Manuel Barroso is prepared to drop a binding green energy goal if he can secure a guaranteed emissions reduction target.