EU in Wonderland: it’s time to get real about the 2030 climate targets

Europe is in two minds over its next set of low carbon goals, but ambition is vital as the world is watching 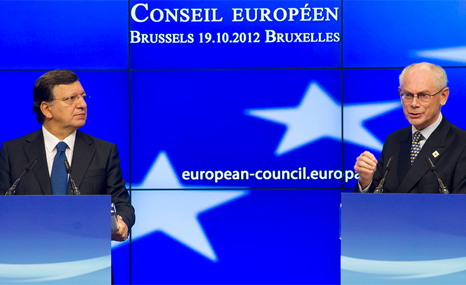 In Lewis Carroll’s famous children’s story Alice in Wonderland, the main character Alice comes to a fork in the road.

“Which road do I take?” she asked. ‘Where do you want to go?’ responded the Cheshire Cat. ‘I don’t know,’ Alice answered. ‘Then,’ said the Cat, ‘it doesn’t matter.”

Sometimes it feels as if the 2030 energy and climate package discussions are a little like this Alice in Wonderland world. However, unlike Alice’s conundrum, which way we go in Europe really does matter.

There are broadly two camps. Those in favour of high ambition: a minimum 50% greenhouse gas (GHG) cuts and targets for both renewables and energy efficiency. In the low ambition camp, the ask is a single GHG target of 35-40%.

Which way we go matters very much. Not just for addressing climate outcomes but for the future of European competitiveness in an increasingly uncertain world.

Of great concern is the fact energy efficiency – one element that could make a significant impact on achieving both these outcomes – is not even seriously in the mix. When most people would agree more energy efficiency is a no-brainer, how did we get to this situation?

Some of the issues can be traced back to an inherent inability of the model underpinning the 2030 Impact Assessment being undertaken by the European Commission to model more than 45% overarching GHG reduction – leaving little/no room for a ramp up of ambition in renewable and energy efficiency.

But in addition, there is a general lack of clarity on what levels of energy efficiency are possible, in part driven by shifting baseline assessments of the potential in this same model.

Add to this political reputations: in DG CLIMA [the EU’s climate arm] there is a focus on the need to ‘save’ and reform the EU’s flagship policy for GHG reductions the  EU Emissions Trading Scheme and fear that moving much beyond business as usual levels of investment in renewable energy and energy efficiency will undermine the carbon price.

At Member State level there are further barriers, some economists have persuaded their Ministers that efficient markets will deliver the GHG reductions at least cost without the need for further intervention  to support renewables or energy efficiency, again reinforcing a single target approach.

And then there is the good old fashioned wish by some Member States to simply repatriate energy policy, and achieving this by dropping renewable energy targets set at EU level and continuing with non-binding energy efficiency targets.

GHG targets are important. They place a price on carbon and set a level of ambition for emissions reductions .

Alone, however, carbon prices have not been and will not be an efficient or wholly effective driver of investment in low carbon technologies.

In the case of energy efficiency there are multiple non price-related market barriers that need to be addressed, indicating a need to move beyond GHG targets to unlock this potential. Similarly in the EU it is technology-specific incentives such as feed-in tariffs that have driven renewables uptake – not carbon prices.

Recent analysis by E3G indicates shows the optimal carbon prices to drive investment are country specific and, even for a single country, can vary enormously depending on the circumstances.

This underscores the point that even with a strong carbon price, additional instruments will be needed at national level to deliver investment and energy security.

Clearly more time than is currently allocated to the political process is needed to consider these issues fully and come up with and agree a package that can deliver ambition.

However there is an opportunity to look again at the potential for energy efficiency to raise our sights and address concerns about affordability.

The Energy Efficiency Directive (EED) Review in Summer 2014 will be an important tool to assess the EU energy savings potential and – if written into the forthcoming European Commission Communication on 2030 – provides an opportunity to bring forward further legislative proposals in 2015 to deliver an energy efficiency package that supports ambition in 2030 and opens the door to revisiting overall ambition.

With this type of approach we have the opportunity to get the 2030 discussion back on a high ambition track and make Europe a global leader in energy efficiency.

E3G’s latest briefing on Energy Efficiency entitled ‘Why energy efficiency is a key component for making the 2030 package work’ can be downloaded here.