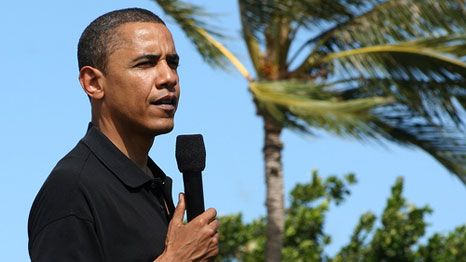 President Barack Obama has ordered a review of US energy legislation in response to the challenges posed by climate change and an aging power infrastructure.

He issued a Memorandum yesterday, directing federal agencies to set up a Quadrennial Energy Review (QER) task force, which would initially review the government’s strategies relating to how energy is transported, transmitted and delivered.

Taking into account the views of the private sector, non-governmental and environmental organisations, Obama has ordered the relevant agencies to review existing energy policy, and recommend further executive and legislative action.

They should also highlight priorities for any research and development programs that would support the US’s key energy goals.

“Our current infrastructure is increasingly challenged by transformations in energy supply, markets, and patterns of end use; issues of aging and capacity; impacts of climate change; and cyber and physical threats,” Obama said.

“The first Quadrennial Energy Review Report will serve as a roadmap to help address these challenges.”

ANALYSIS: why 2014 is a critical year for climate change

The review will take place over four years, with the first instalment arriving in January 2015.

It comes at a time when America’s energy supply is in a state of flux: oil production has boomed since 2008 thanks to new supplies unlocked by hydraulic fracturing technology, and the IEA’s 2012 energy outlook report predicted that it would be almost self-sufficient by 2035.

In August, the Energy Department proposed two major energy efficiency rules, while the Environmental Protection Agency has published new regulations that will limit the emissions of any new power plants.

Meanwhile, a campaign war is still being waged over the controversial Keystone XL Pipeline, which would transport Canada’s highly polluting tar sands to the Gulf Coast. The project requires the presidential go-ahead before it can progress any further.

A blog on the White House website written by three top energy and science government officials says that the review is an “important opportunities to modernize, expand, replace, or transform our energy infrastructure system” and that it will help to accommodate changes in US energy supply.