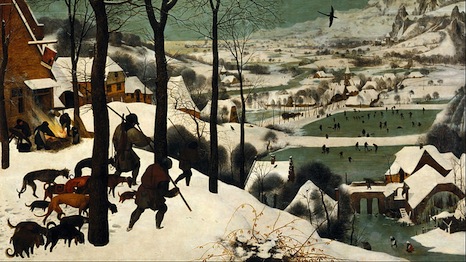 Historic changes in the climate are unlikely to have been caused by the sun, according to scientists from the University of Edinburgh.

Their paper, published in Nature Geoscience, overturns the idea that solar activity has contributed to changes in the global climate in the past, and that it could play a part in the current rising temperatures.

For the thousand years leading up to the year 1800, climate change in the northern hemisphere was driven mainly by volcanic eruptions, which prevent sunlight reaching Earth, causing cooler, drier weather, say the scientists.

Since then they say carbon dioxide has been the main cause for climate change.

In particular, the scientists found that the Little Ice Age, a period of cooling starting around the sixteenth century, was unlikely to be caused by a period of weak solar activity.

“One of the popular ideas about climate change is the idea that the Little Ice Age was caused by the sun,” Professor Simon Tett, one of the authors of the paper, told RTCC. “The paper shows that ain’t so. It was more likely to be volcanoes.”

The scientists came to this conclusion by comparing records of past temperatures constructed from tree rings with computer-based models of past climate, featuring both significant and minor changes in the sun.

The found that their models showing weak changes in solar activity correlated the best with temperature records, indicating that the sun has had a minimal impact on temperature over the past thousand years.

“Strong solar driving of climate is unlikely in the past and is probably not going to be very important in the future,” says Tett.

“Hot winters or warm winters might be driven by the sun, but over the northern hemisphere as a whole, we find that the sun is the weakest cause of climate change.”

A fifteen year global warming ‘hiatus’, which climate sceptics like to say disproves the idea that carbon dioxide is causing the world to warm, is sometimes said to be impacted by weak solar activity.

Tett says that the role that the sun plays in this hiatus has only ever been considered to be minor, and is more likely due to the absorption of heat in the deep ocean, along with the impact of aerosols emitted from China, which have a cooling effect.

The findings of the paper will improve scientists’ understanding of the climate system, and therefore improve forecasting.

Dr Andrew Schurer, lead author of the paper, said: “Until now, the influence of the sun on past climate has been poorly understood.

“We hope that our new discoveries will help improve our understanding of how temperatures have changed over the past few centuries, and improve predictions for how they might develop in future.”