Global ‘cooling’: how will the IPCC explain 15-year temperature hiatus?

Climate sceptics have a favourite war cry: temperatures have not risen for 15 years. Do scientists have an answer? 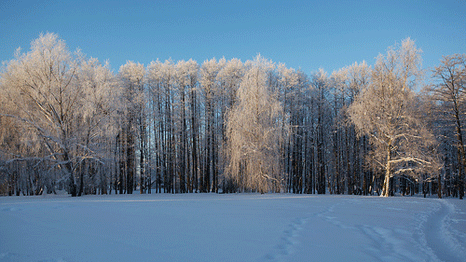 If the UN’s much anticipated climate science report is to win around a small but increasingly vocal group of climate deniers, it will have to explain one particular ‘puzzle’.

Why, when humans continue to pump vast amounts of CO2 into the atmosphere, does the rate of global warming appear to have slowed?

Deniers frequently call attention to the fact that, since 1998, climate change has levelled off considerably after a steep upward trend throughout the eighties.

“The IPCC must address difficult issues like this, absolutely,” said former IPCC chairman, Bob Watson, in an interview with RTCC last month.

But the slowdown, or ‘hiatus’, as it is sometimes called, is not as puzzling to scientists as climate sceptics like to proclaim. Here is RTCC’s roundup of how the AR5 is expected to explain the last fifteen years of climate change.

The AR5 is expected to confirm that each of the last three decades has been warmer than all preceding decades since 1850, with the first decade of the 21st century topping all the charts.

This contrasts sharply to the idea that the fifteen years between 1998 and 2012 has been a period of global “cooling”, as some sceptics like to claim.

This demonstrates the necessity of looking at longer term trends, rather than cherry picking data over a short period of time. This is particularly in climate science, where trends are observed over centuries, rather than year on year.

In fact, according to documents leaked to the Associated Press, Germany even called for the reference to the slowdown to be deleted, saying that it was misleading to even acknowledge a hiatus that only occurred only fifteen years, when climate change is normally measured over decades and centuries.

Most scientists will argue that taking 1998 as the starting point automatically begets a false conclusion, as this year was particularly hot, thanks to strong El Nino conditions transferring heat from the oceans to the atmosphere.

“Taking 1998 as the starting year is a joke,” says Pieter Tans, a climate scientist who worked on the IPCC report. “Why not 1997 or 1999? Anyone doing this gets an ‘F’ grade in introductory statistics.

“It is too early for us to be able to say that the human-caused warming has stopped.  I fully expect the long-term warming to continue because we know that our activities are causing the greenhouse gases to increase, and we can calculate based on very well understood physics, how the GHGs retain heat in the atmosphere.”

He adds: “There is no ‘Greenhouse Warming Hypothesis’. The warming expectation follows directly from established physics and chemistry.”

The natural variability of the climate can account for considerable fluctuation in global temperatures year on year, in spite of an overall upward trajectory.

“Over relatively short, non-climate timescales (less than 20-30 years), these patterns of natural variability can lead to all kinds of changes in global and regional near-surface air temperature: flat, increasing, or even decreasing trends,” Katharine Hayhoe, a climate scientist at Texas Tech University, tells RTCC.

“This short-term variability reflects natural patterns of heat and energy exchange between the different components of the Earth’s system. Only over climate timescales (typically, 30 years or more), do the long-term trends emerge that reflect the influence of changes in atmospheric levels of carbon dioxide.”

Oceans are thought to be one natural feature of the planet’s system which has a particularly strong influence on the climate.

A leaked draft of the IPCC report says that it is “is virtually certain that ocean warming dominates the global energy change inventory.”

It adds that the heating of the atmosphere is relatively small, though still present, when the whole system is taken into consideration.

“Warming of the ocean accounts for more than 90% of the extra energy stored by Earth between 1971 and 2010; melting ice (including Arctic sea ice, ice sheets, and glaciers) and warming of the continents and atmosphere account for the remainder,” it says.

The cooling effect of aerosols has led to suggestions that they are responsible for tempering some of the effect of warming over the years,

But on this occasion it doesn’t look like aerosols can be counted on to explain away the 15-year slowdown in the AR5.

Improved modelling since the last Assessment Report in 2007 means that scientists now think that aerosols have offset less of the global warming than previously thought.

But, it adds: “There is high confidence that aerosols have offset part of the forcing caused by the well-mixed greenhouse gases.”

No one is denying that humans are continuing to pump vast quantities of greenhouse gases into the atmosphere, which has led many to question why the temperature hasn’t also risen accordingly.

The answer the climate sceptics have arrived at is that the climate must simply not be as sensitive to carbon dioxide as the models suggest.

“The deniers are saying we’ve obviously got the theory wrong, because greenhouse gases are still increasing – which they are, at a rapid rate – so why isn’t the temperature responding?” Bob Watson told RTCC.

Climate sensitivity is how much warming can be expected if the amount of greenhouse gases in the atmosphere is doubled.

The currently available drafts of the IPCC report have added fuel to the fire by dropping the lower range of climate sensitivity from 2C to 1.5C.

But, as climate scientist Scott A. Mandia writes in his blog, “All these values are bad news so we should not take joy in the unlikely lower end. In fact, it is accepted that a warming of even 2C would put people and ecosystems at extreme risk.”

He adds that he received an email from climate expert Dr. John Harte contextualising the problem: “Suppose you had been told for many years that drinking a small amount of a pesticide would result in a probability of consequent death that was somewhere in the interval 15% – 75%.