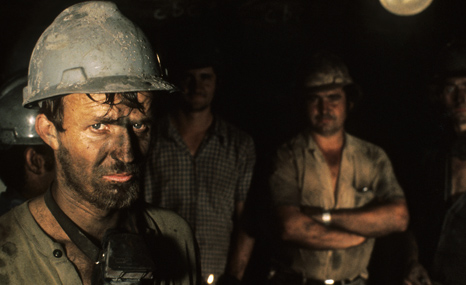 Coal generates 26.6% of the world’s electricity and is responsible for 43.1% of global CO2 emissions

Europe’s leading development bank has followed the World Bank in announcing today it will no longer fund coal power plants.

The European Investment Bank (EIB) says it will introduce a new Emissions Performance Standard to be applied to all new energy projects.

The standards mean new fossil-fuelled power plants would have to emit 550 grams of carbon dioxide per kilowatt hour (gCO2/KWh), although there appears to be support from some EIB directors to cut this to 450 within the next 12 months.

Conventional coal combustion can result in the emission of 1000gCO2/KWh, although some plants could continue to burn coal if they mix it with biomass.

The EIB has long been targeted by campaign groups keen to cut fossil fuel subsidies. Reuters reports that since 2007 the EIB has loaned around 11 billion euros ($14.5 billion) to fossil fuel-fired plants, the majority using gas.

US President Barack Obama has been widely credited in encouraging Kim to close future financing options to heavy polluters.

The majority of the EIB’s financing is directed to EU member states, but it also works with 150 countries outside the bloc on development projects.

While the new standards will hit plans for new coal and lignite power stations, they are unlikely to affect investment in gas, which the EIB describes as a “transition fuel to a low carbon energy system.”

The EIB’s announcement, which comes after a 10-month review into its energy lending criteria, has been broadly welcomed by environmental groups, but WWF economist Sebastien Godinot said the bank’s continued support for gas was disappointing

“The move by the EIB is very welcome but more needs to be done. To have a serious chance at staying within the 2 degrees climate change limit in Europe by 2050, the EIB should strengthen its standards and eventually phase out its support for all power supply based on fossil fuels,” he said.

“It is now time for all international Financial Institutions and especially the European Bank for Reconstruction and Development [3], to follow the EIB’s example, and to clean up their acts too.”

Campaign group Bankwatch say the 550gCO2/KWh limit is still too high, and have called for the EIB to consider reducing this to 350.

The network’s energy campaigner Kuba Gogolewski also raised concerns over an Emission Performance Standard exemption for cases in which ‘a plant contributes to the security of supply’.

“It is important to have clarification on these exemptions, because these can open the gates for any dirty coal project to receive financing as long as its proponents are able to convince that the loan is essential for energy security,” she said.

“How this issue will be clarified over the next period will say a lot about whether the EIB and EU Member States are indeed committed to the transition to low-carbon economies. While we see promising signs in today’s policy, much more is needed.”