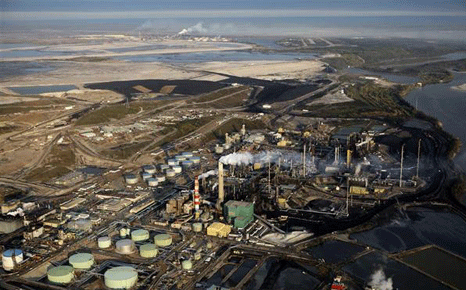 The Keystone XL (KXL) pipeline will trigger a rush of investment for more carbon-intensive oil sands projects by up to 20% over the next decade, according to new research.

The controversial fourth phase of TransCanada’s $5.4 billion project, stretching 1,179 miles from Alberta in Canada to Nebraska in the US is under scrutiny from the Carbon Tracker Institute.

The report, Keystone XL Pipeline: A Potential Mirage for Oil-sands Investors, points out the question marks that still hang over the economic viability of the project.

“The vision of improved prices it promises could quickly be wiped out by increasing costs, meaning investors who believed the mirage of improved oil-sands economics with KXL will be left disappointed,” said Mark Lewis, external research adviser to Carbon Tracker.

The results suggest that a good return on investment in KXL is dependent on sustained high oil prices, but the report says that “in the long term such projects may still result in wasted capital and stranded assets.”

Reports have said there is a risk that ploughing money into fossil fuels, which need to stay in the ground to limit climate change, could create stranded assets worth $6 trillion in a decade.

As the northern stretch of KXL crosses the Canadian border, it still requires approval from the US State Department.

The project is highly polluting, with the amount of additional CO2 emitted during its lifetime estimated to exceed the combined tailpipe emissions of every car in America for one year.

In its latest report, the UN’s Intergovernmental Panel on Climate Change included for the first time the idea of a carbon budget, a finite amount of carbon that can be burnt before it becomes unlikely we can avoid more than two degrees of global warming.

The New York Times recently reported that Republicans had been planning on using the approval of KXL as a bargaining chip to support President Obama’s intention to raise the nation’s debt, which would have avoided the government shutdown it experienced October.

Continued investment in oil sands could be “decisive” in pushing global CO2 emissions beyond a 2C threshold, as less than a third of global oil, coal and gas reserves can be commercialized by 2050 if climate goals are to be met.

If given the green light, the report says that KXL could help to further expand the industry. KXL approval might lower the cost of financing additional rounds of new project investment by making oil sands producers more attractive to financial investors.

Analysts at RBC Capital Markets have estimated that between 2014 and 2017 up to $9.4 billion of investment in oil-sands projects may hinge on the outcome of KXL.

The Carbon Tracker report says that “investors are in effect allocating more capital toward assets that are likely to become stranded as a result of more stringent emissions regulation.”

Both Canada and the US need to reduce greenhouse-gas emissions by 80% by 2050 if the carbon budget is to be achieved and have committed to cuts of 17% by 2020 from 1990 levels. While the US is on track, Canada’s emissions are way off course.

Greenpeace recently said that 20 members of the Canadian Association of Petroleum Producers are jointly responsible for almost one sixth of all CO2 and methane emitted by human activity since the “dawn of the industrial age”.

“KXL has the potential to be a catalyst for additional production. This has led to the discussion of carbon offsets which would increase prices further.

“From a carbon-budget perspective this is an unsustainable outcome laying the foundations for what may then become stranded assets.”