Japanese government is expected to reduce its emissions targets to 3.1% above 1990 levels, backtracking from previous climate commitments 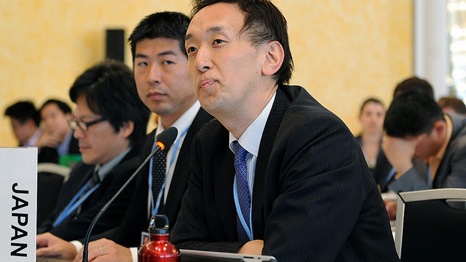 Japan’s emissions will increase by 3.1% on 1990 levels by the end of the decade, if the government goes ahead with their revisions to their climate targets as expected.

This is a wide departure from its initial target under the first commitment of the Kyoto Protocol, where it promised to reduce its emissions by 6% on 1990 levels, as well as a significant departure from its Cancun pledge of -25% compared to 1990 by 2020.

WWF warns a lowering of ambition could have a “devastating” effect on the UN climate talks currently taking place in Warsaw.

The government is widely expected to revise their emissions targets tomorrow from to reflect the increase in emissions since the Fukushima nuclear disaster forced the country to become more reliant on CO2-emitting fossil fuels.

In January, the government instructed its environment and economy departments to come up with a new 2020 target by the talks in Warsaw to reflect Japan’s growing emissions intensity since it shut down its nuclear power stations.

“We condemn this very destructive move by the Japanese,” said Naoyuki Kamagishi from WWF, speaking at a press conference in Warsaw today.

“Now we see Japan is going to lower its ambition, in the complete opposite direction, so we have to change our government’s mind,” he said.

Jake Schmidt from the NRDC called on the US Government to berate Japan for reneging on its climate target.

“If Japan weakens its target & US doesn’t criticize them publicly what does that say about the commitment to hold countries accountable?” he tweeted.

Japan is one of four countries that has refused to sign the second phase of the Kyoto Protocol, currently the world’s only binding climate treaty. This would commit developed countries to a further 18% cut on emissions according to 1990 levels by 2020.

The second phase only covers around 15% of global emissions after New Zealand, Canada and Russia also opted out. The USA never ratified the Protocol.

In the past week the leaders of Australia and Canada have criticised policies aimed at reducing greenhouse gas emissions in their own countries.

Yesterday Tony Abbott introduced a bill to repeal a carbon tax on Australia’s 300 biggest polluters, claiming this was “our bill to reduce your bills”.

Today the move was praised in a formal statement by the Canadian government, which said carbon taxes penalised families and “raise the price of everything”.

RTCC also understands that the USA will not be making any climate finance pledges in Warsaw and has also pushed back strongly on attempts to create a climate compensation mechanism.

In an interview with RTCC, China’s deputy head of climate change insisted the lack of willingness from rich nations to make firm greenhouse gas emission reduction pledges would hold back progress towards the 2015 deal.

“For us, it’s important in terms of mitigation developed countries can take a lead,” said Li Gao.

Separately, in a sign of growing frustrations at the lack of progress in and outside the UN summit, environmental groups again complained at the access major business groups have managed to obtain at the Warsaw talks.

Protests erupted inside the arena, with activists dressed as penguins and polar bears, to draw attention to meetings industry will have with leading negotiators at the World Climate Summit this weekend.

Marcin Korolec, Minister for the Environment and President of the UN summit, said governments need to speak to big business before agreeing a deal.

“We need such a dialogue we need momentum towards a global agreement but we also need transparency and inclusiveness.”

The summit is also being sponsored by 20 corporations, including coal and steel companies, but Korolec said this was to do with costs.

“It is a sign of times that governments organising big gatherings are inviting also private companies to assist I do not see something difficult or problematic. The process was transparent.”

Mr Korolec was also forced to justify allowing the World Coal Association to hold its annual summit as ministers arrived.

He said Poland was leading the way in reducing emissions while still using coal and increasing GDP.

But a poll by Greenpeace showed that the majority of Polish people would like the Government to invest in renewables.