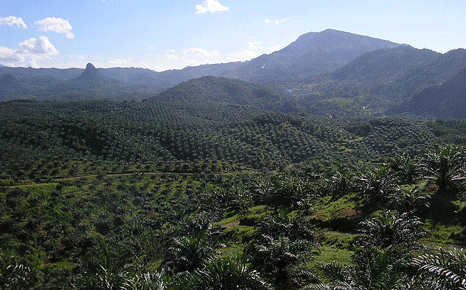 Unilever has announced a significant move to buy all of its palm oil from traceable sources by the end of 2014.

The global food and consumer goods giant is one of the world’s major buyers of palm oil for use in products such as margarine, ice cream, soap and shampoo.

Unilever purchases around 1.5 million tonnes of palm oil and its derivatives annually, which represents about 3% of the world’s total production.

Marc Engel, Unilever’s chief procurement officer said: “Market transformation can only happen if everyone involved takes responsibility and is held accountable for driving a sustainability agenda.”

Not only has Unilever made this move, it was also one of the founding members of the Roundtable on Sustainable Palm Oil in 2004 which promotes the sustainable use of palm oil.

However, despite its good intentions a report by the Environment Investigation Agency the RSPO was called a “broken system”.

EIA forests campaigner Jago Wadley said: “In our experience, the RSPO lacks credible mechanisms to ensure its members protect High Conservation Value forests, and even when such violations are brought to its attention its measures are insufficient to either compensate for the damage or serve as a disincentive.”

Unilever’s move was welcomed by environmental group WWF, also a founding member of RSPO. WWF said Unilever’s action to take the lead in this initiative has been “instrumental” in making the palm oil industry more sustainable.

Richard Holland, director of WWF’s Market Transformation Initiative said: “Unilever’s role and actions have been instrumental on this journey so far.

“But the journey is not over. We will continue to work with Unilever and others through the RSPO to encourage further certification by growers and buying of certified palm oil by manufacturers and retailers.”

According to campaigners Greenpeace, Unilever’s role at the RSPO has had little effect on the palm oil sector.

In a report published in 2008, Greenpeace said Unilever was leading an “aggressive expansion” of its plantations in Indonesia.

The World Bank has estimated that between 1985 and 1997 alone, 60% of the lowland rainforest of Kalimantan and Sumatra was destroyed.

The UN’s Environment Programme estimates that 98% of Indonesia’s lowland forest may be destroyed by 2022 as a result of palm oil plantations.

Indonesia also holds the global record for greenhouse gas emissions from deforestation which puts it in third place behind the US and China in terms of total GHG emissions from human industry.

But Holland is optimistic that other companies will now follow Unilever’s example.

“WWF also encourages leading companies in the sector to set the industry benchmarks on important issues like traceability, protection of peat lands, significant GHG reductions and no deforestation,” said Holland.

“We urge other companies along the palm oil value chain to follow the lead shown by Unilever”.