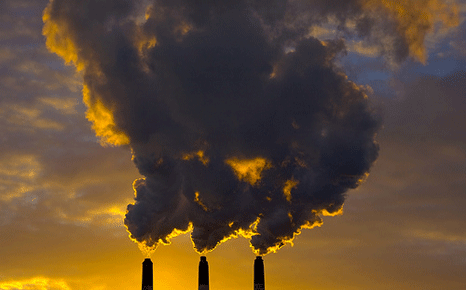 Energy related CO2 emissions are projected to rise by 20% to 2035, leaving the world on track for a long-term average temperature increase of 3.6°C.

The IEA’s assessment took into account carbon abatement schemes that are already in place despite which the world is still on a trajectory to miss the internationally agreed 2°C limit of warming.

Non-Organisation for Economic Co-operation and Development (OECD) countries account for a rising share of emissions. The report warns that the 2°C carbon budget is being spent much too quickly. 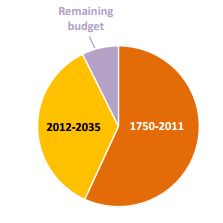 Executive director of the IEA Maria van der Hoeven said at the launch of the report that countries that can anticipate global energy developments successfully will have an economic advantage over their peers.

“Major changes are emerging in the energy world in response to shifts in economic growth, efforts at decarbonisation and technological breakthroughs. We have the tools to deal with such profound market change,” van der Hoeven said. 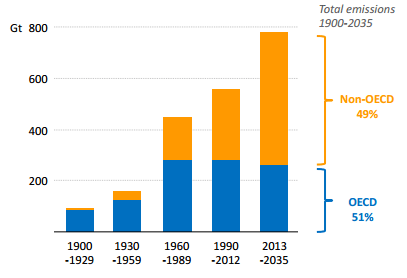 In its report, the IEA calls for urgent action to break down barriers to implementing successful CO2 reduction measures.

In June, the watchdog identified four measures to halt the increase in emissions by 2020 without harming economic growth.

These included improving efficiency, limiting the construction and use of the least-efficient coal-fired power plants, minimising methane emissions in upstream oil and gas, and reforming fossil-fuel subsidies

Now in November, the IEA remains strong on these points.

Van der Hoeven said: “There are pragmatic strategies that governments and industry can pursue to reduce energy use and emissions that are either GDP-neutral or positive for economic growth.”

The report said two-thirds of the economic potential for energy efficiency is set to remain untapped in 2035. The main market barrier is fossil fuel subsidies.

Last year fossil fuel subsidies totalled $544 billion while investment in renewables was $101 billion of which hydro power will be the most popular in non-OECD countries. 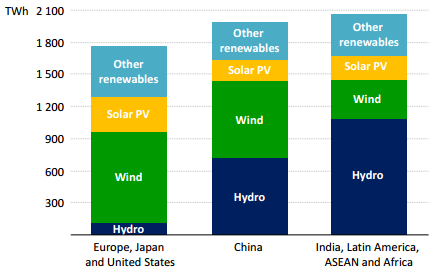 Renewables will account for nearly half of the increase in global power generation to 2035, from various sources with wind and solar photovoltaics making up 45% of the expansion in renewables.

The increase in generation from renewables takes its share in the global power mix above 30%, drawing ahead of natural gas in the next few years and all but reaching coal as the leading fuel for power generation in 2035.

China sees the biggest absolute increase in generation from renewable sources, more than the increase in the European Union, the United States and Japan combined.

Emissions reduction policies in China also include capping its share of coal in total energy use. The currently currently uses as much coal as the rest of the world combined.

The IEA’s report said global coal demand increases by 17% to 2035, with two-thirds of the increase occurring by 2020, but coal use experiences a decline in OECD countries.

Rising energy prices are adding pressure on policy makers to stop investing in renewables which they believe to be too costly.

In the UK last month, Prime Minister David Cameron told members of Parliament that green levies were responsible for putting up bills.

The report said increases in the cost of energy are a result of high oil prices, differences in gas and electricity prices between regions and rising energy import bills in many countries.

Oil prices have averaged over $110/barrel since 2011. Such a sustained period of high oil prices is without parallel.

“The key to adapting to higher energy prices over the longer term,” said van de Hoeven, “will be efficiency – what we have called the hidden fuel and, more recently, the first fuel.”

The report predicts that two-thirds of the economic potential for energy efficiency is set to remain untapped in 2035.

Notable policies introduced over the past year include measures targeting efficiency improvements in buildings in Europe and Japan, in motor vehicles in North America and in air conditioners in parts of the Middle East, and energy pricing reforms in China and India.

But WWF believes the IEA report is too optimistic about the future energy mix.

Dr Stephan Singer, director of global energy policy at WWF, said: “WWF strongly supports the IEA view that changing the energy sector – which is responsible for the majority of global greenhouse gas emissions – is the most important action to take. But we can’t have our cake and eat it and the IEA is being too positive about new energy sources like shale gas.

“As the IEA themselves recognise, we need to leave more than two thirds of all existing fossil fuels underground to have a decent chance to avoid overstepping the threshold to dangerous levels of climate change. We need vision and leadership from world leaders on this issue – starting now in Warsaw.”