The world is currently heading for between 3.6°C and 5.3°C of warming, the International Energy Agency (IEA) has warned.

The watchdog has issued four energy policy guidelines that could keep the world within the 2°C limit of warming recommended by climate scientists and agreed upon by politicians at the UN climate talks in Copenhagen.

Speaking at the launch of the IEA’s new report, Redrawing the Energy-Climate Map, executive director Maria van der Hoeven said politicians had the tools needed to stay within the limit they themselves signed up to.

“Climate change has quite frankly slipped to the back burner of policy priorities. But the problem is not going away – quite the opposite,” she said. 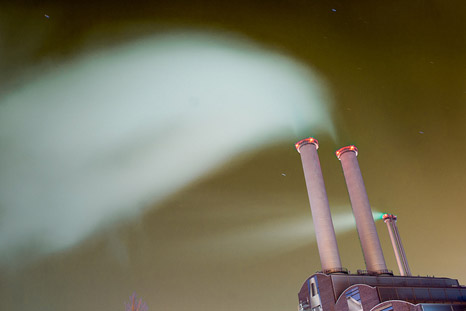 “This report shows that the path we are currently on is more likely to result in a temperature increase of between 3.6 °C and 5.3 °C but also finds that much more can be done to tackle energy-sector emissions without jeopardising economic growth, an important concern for many governments.”

The report claims its recommendations for energy policy changes could cut emissions from the sector by 3.1 gigatonnes by 2020.

It calls for investment in energy efficiency for buildings, industry and transport at a rate over and above the value of the energy savings.

It suggests limiting the construction of coal power stations to only the most efficient, halving the volume of methane release into the atmosphere by the oil and gas industry and a partial phase-out of fossil fuel subsidies that make them cheaper for consumers.

China’s contribution continues to grow with another 300 million tonnes of CO2 added in 2012 from the energy sector.

The USA’s switch from coal to cleaner gas powered generation saw a fall in energy emissions of 200 million tonnes.

UN talks in Bonn towards a new global emissions reduction treaty by 2015 have been pushing through a stalemate this month as governments look to deliver on the 2°C goal. Despite calls for the target to be ditched, it is considered unlikely, at least until the new treat is agreed.

“The IEA report comes at a crucial moment for the UN Climate Change negotiations and for global efforts to address climate change at all levels,” said Christiana Figueres, executive secretary of the UN climate change agency the UNFCCC.

The Institutional Investors Group on Climate Change (IIGCC), which represents €7.5 trillion of investments said the economic consequences of missing the 2°C target were dire.

“This scenario threatens to have severe physical impacts and puts the investments and savings of millions of people at risk,” said Stephanie Pfeifer, chief executive of the IIGCC.

“Investors support strong and concerted climate action now to bring emissions down. The measures in this report could save trillions in future adaptation costs, but they will not be achieved without tough policy decisions including putting a high price on carbon, phasing out billions in fossil fuel subsidies and introducing frameworks which stimulate investment in low-carbon energy,” said Pfeifer.

World leaders will meet next week for the G8 summit in Lough Erne in Northern Ireland with climate change back on the agenda have initially being blocked by an advisor to UK Prime Minister, and G8 host, David Cameron.

Fred Krupp, president of Environmental Defense Fund said the IEA report should be “required reading” for those attending the summit.

“We are already seeing the early-warning signs of climate change in extreme weather events around the world. This report, coming from the world’s leading experts on energy, sends a very clear message: We have the tools we need to make the turn toward climate safety. What is needed is the political will to act,” said Krupp.