US military to spend $2.4 billion on electric vehicles by 2020 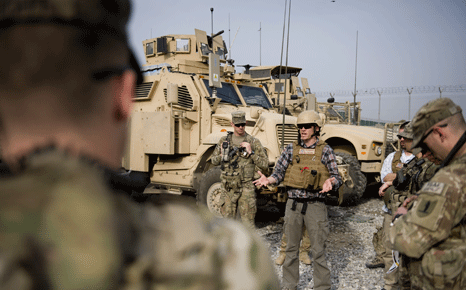 The US military is expected to purchase 92,400 electric vehicles for non-tactical purposes between now and 2020, says a new report.

Navigant Research says the military will invest around $2.4 billion towards integrating hybrid (HEV) and plug-in electric (PEV) vehicles into its fleet.

The US military establishment is currently the world’s largest single consumer of energy and fossil fuels.

Estimates place the total energy consumption of the Department of Defence (DoD) on par with the state of Oregon and greater than two-thirds of all countries in its use of energy.

Scott Shepard, analyst at US-based Navigant Research said: “In remote theatres of operations, the cost of moving fuels to forward military locations can be a multiple of the cost of the fuel itself.

“The military’s approach to reducing fossil fuel consumption from non-tactical operations includes acquiring increasing numbers of vehicles powered by ethanol blend and biodiesel blend fuels, but the majority of the investment will go toward HEVs and PEVs.”

US military spending on HEVs, PEVs and ethanol-powered vehicles is expected to increase from more than $435 million in 2013 to $926 million by 2020.

In 2012 the DoD emitted over 70 million tons of carbon dioxide into the atmosphere which equates to the Armed Forces consuming as much energy and emitting as much CO2 as Nigeria annually.

Navigant’s report said one particular area of focus for the military will be to develop microgrids in tandem with HEVs and PEVs for energy independence and producing storage devices to make electricity more portable.

The federal government currently operates a fleet of more than 600,000 civilian and non-tactical military vehicles where alternative fuels make up 3% of the total federal fleet’s fuel consumption.

The DoD has set targets to increase alternative fuel use by 10% annually by 2015 and acquire plug-in hybrid electric vehicles when commercially available at a reasonable cost. 75% of light-duty vehicles must be alternative fuel vehicles.

Shepard told RTCC that not only does the DoD anticipate a drop in numbers of how many non-tactical vehicles owned, but buying the vehicles depends on the price.

“All these assumptions are founded on the principle that electric vehicles achieve price parity with conventional vehicles through various cost savings over the life of the vehicle.

“EVs can’t compete with existing joint light tactical vehicles (JLTVs) like the HUMVEE, nor does it look like they will be able to before 2020.”

In June, President Barack Obama set out the country’s first national climate strategy which requires the DoD to install at least 3GW of renewable energy on or around its bases.

By 2025 officials expect the army will draw 25% of its power in the US from renewables, up from 5.5% currently.

The DoD has said it is on track to meet this goal having 9.6% already.