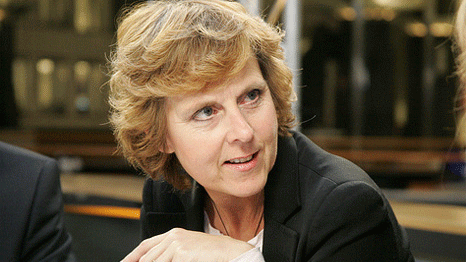 China: China’s corn harvest is poised to decline for the first time in four years after flooding in its biggest-producing province and drought in its fifth largest cut yields, easing a global glut as the U.S. reaps a record crop. (Bloomberg)

China: Ahead of a number of key meetings on climate change, China Tuesday asked developed nations to pay their committed amounts to finance efforts to combat global warming. Developed nations should promise to inject funds of no less than the fast-start funding between 2013 and 2015, Xie Zhenhua, China’s top climate change official and deputy head of the National Development and Reform Commission (NDRC) told a media conference here Tuesday. (Zee News)

UN: Global efforts to prevent dangerous levels of climate change are on course to fail, says a UN report released today. The UN Environment Programme says current pledges to reduce emissions are inadequate, and likely to see options to limit warming to 2C above pre-industrial levels fade by 2020. (RTCC)

Australia: Food and grocery prices may not fall when the carbon tax is repealed and struggling food manufacturers could be forced to continue to pay the tax in their power bills for 18 months after compensation schemes offered by the former Labor government had been abolished. (Guardian)

EU: The European Union presented a set of recommendations for governments to improve their state-aid mechanisms in energy markets, including support programs for renewable energy. (Bloomberg)

South Africa: Going green, reducing carbon-footprints and pledging commitment to the Kyoto Protocol are top of the agenda at next week’s UN Conference on Climate Change, COP19 in Warsaw. South Africa’s department of Environmental Affairs’ Maesela Kekana says, “From the South African perspective COP19, we believe that it should be an implementation COP. You would recall that we took a number of decisions starting from Copenhagen up to Doha. So this is the time to show real implementation on the ground.” (SABC)