Keystone will create ‘cash cow on steroids’ for Koch brothers

Koch Industries has access to 2 million acres of land in Alberta, Canada, giving it access to most of the supply chain 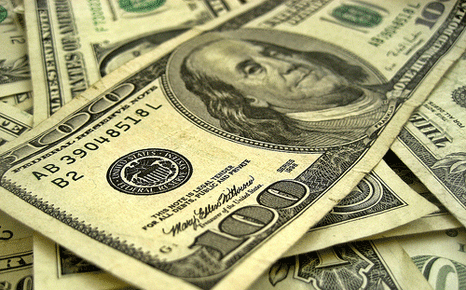 One of the largest private corporations in the US stands to make billions if the controversial Keystone XL (KXL) pipeline goes ahead, says a new report released today.

The report, Billionaires’ Carbon Bomb by think tank International Forum on Globalization (IFG) has found that David and Charles Koch, through their privately-owned oil supply and refining company, Koch Industries, own more than two million acres of land in Alberta, Canada, which would propel the brothers’ personal wealth and political power ever faster and upward.

IFG’s report reveals that Koch Industries’ role in KXL could generate potential profits of $100 billion, or one million more times than the average KXL workers’ wage over the lifetime of the project.

The brothers’ wealth would also see a total of $53 million in the pockets of groups and politicians who are pushing to fastrack the pipeline.

According to the report, Koch Industries has several profit streams all along the tar sands value chain from crude oil production on land holdings of Koch Exploration Canada in Alberta’s tar sands territory, to their 4,000 miles of pipeline operated by Koch Pipeline Company, to their lucrative oil derivatives dealing by Koch Supply and Trading.

The impacts of more “Koch Cash” are cause for broader concern beyond today’s climate crisis, says the report.

In three years the Kochs have not only bought blocking power in the Congress but also created offensive capabilities to advance their anti-climate change agenda by shrinking Obama’s government by 8% via the seizing of federal funds which could have been used to enforce pollution laws, monitor extreme weather and finance clean energy projects.

Since the 2006 election cycle, Koch’s political action committee is said to have spent over $8.5 million on contributions to federal candidates, more than any other oil and gas company.

Republican Todd Tiahrt has been the biggest recipient of Koch Cash in Congress ($237,366) and is also a Tea Party favourite who consistently votes in the interest of so called “economic freedom”.

According to Greenpeace, the Koch Foundation has also been linked to leaked reports from think tank Heartland Institute which revealed potentially illegal plans to pay federal employees to write unscientific global warming material for school programmes.

On the other hand, the Koch Foundation has been applauded for its support of the Berkley Earth Surface Temperature project which was set up with the Bill Gates Foundation to systematically address concerns sceptical scientists had over the causes of climate change.

2013 marks Keystone XL’s fifth anniversary since initial plans were unveiled. It could carry 830,000 barrels per day of tar sands oil from Canada to the Gulf Coast if it goes ahead.

One barrel can produce enough gasoline to drive a medium-sized car (17 miles per gallon) over 280 miles. That’s just under the distance between Los Angeles and Las Vegas or Brighton to York in the UK.

The concern around tar sands oil lies with the fact that it can produce three times the greenhouse gas emissions of conventionally produced oil.

The particularly toxic brew from the tar sands known as dilbit makes it even riskier, given that no one knows how to clean it should a spill occur.

In 2000, the EPA fined Koch Industries $30 million for its role in 300 oil spills that resulted in more than three million gallons of crude oil leaking into ponds, lakes, streams and coastal waters, so the company’s involvement in KXL does little to dampen worries.

Permitting the pipeline would enormously expand the financial war chest the Kochs use in their crusade to oppose any controls on carbon. The report says this would concentrate the Kochs’ control over carbon pollution policies.

A decision on Keystone is not expected until next year, although many, including Koch Industries, are trying to force the issue.

Government members like Senator Heidi Heitkamp, a freshman Democrat from North Dakota said recently: “The Keystone Pipeline decision has taken longer than it took us to defeat Hitler. There’s just something wrong with this process.”

Critics of KXL – such as billionaire investor Tom Steyer – launched TV advertisements last month highlighting what he says are the economic negative effects of the pipeline.

RTCC contacted Koch Industries for a response. A spokesperson called the report “inaccurate” and said the company does not own the two million acres in Alberta as claimed by IFG.