Flights in EU airspace could face new carbon levy from 2014 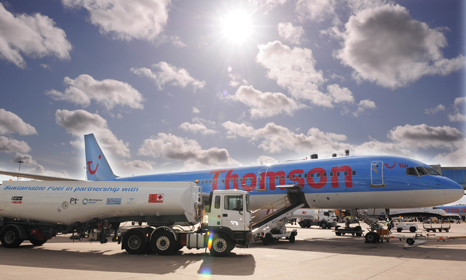 All flights inside Europe will be covered by the EU’s emissions trading scheme from the start of 2014 according to proposals published today.

A European Commission statement this morning confirmed it plans to revise the EU emissions trading scheme (ETS) to ensure all flights in “European regional airspace” participate.

Recent talks under the International Civil Aviation Organisation (ICAO) ended with an agreement to develop a global airline ETS by the end of the decade.

“The adjustment in the legislation would apply from 1 January 2014 and until a planned global market-based mechanism (MBM) becomes applicable to international aviation emissions by 2020,” the statement says.

This reverses a decision taken in April this year to suspend enforcing the ETS on all flights to or from EU states, to allow UN negotiations on a global deal to proceed.

The plans offer a full exemption to 80 developing countries which emit less than 1% of global aviation emissions, and will not include emissions from flights outside EU airspace from 2014-2020.

Aviation emissions have more than doubled in the last twenty years and the sector accounts for 5% of global warming.

“I am confident that the European Parliament and the Council will move swiftly and approve this proposal without delay,” said EU Climate Commissioner Connie Hedegaard in a statement.

“With this proposal, Europe is taking the responsibility to reduce emissions within its own airspace until the global measure begins.”

Asked in a press conference if she expected opposition to the proposals from China, India and the USA, Hedegaard said she hoped other countries would recognise the EU’s “sovereign right” to regulate aviation. “We decide the rules,” she said.

“I still want to see if the rest of the world acknowledges that Europe has tried to be very constructive in these talks. We did it with stopping the clock, now that has served its purpose, and now we are adjusting our legislation so far in order to create the necessary good atmosphere around the negotiations up to 2016.”

Post ICAO EU fight back on aviation ETS, more than stop the clock but less emissions coverage. Trouble ahead? http://t.co/29saFpvnO3

RTCC understands a renewed push on aviation emissions by the EU was expected after the disappointment of the ICAO talks, but it is unclear what the response from airlines and affected countries will be.

“If the EU decides, and I hope they do not, they will nevertheless want to capture emissions of non-European airlines, then we will be back to trade wars,”  Abdul Wahab Teffaha, Secretary General of the Arab Air Carriers Organization told Reuters.

A Virgin Atlantic spokesperson told RTCC a January 2014 timescale “does seem very ambitious, given the inevitable complexity in the scheme”, adding the company would reserve judgement until more information emerges.

Airlines for America, a trade body representing US carriers, told RTCC the EU announcement “flies in the face” of the recent ICAO deal.

“As this proposal is only an initial draft, we urge the European Council and Parliament to use their deliberative process to revise the proposal in line with the global agreement,” a spokeswoman said.

NGOs warn the proposed deal still leaves 78% of aviation emissions unregulated because longhaul flights over international waters are not covered.

Aoife O’Leary, aviation policy officer at the Brussels-based Transport and Environment says the EU could address this by accounting for the first 50% of any outgoing flight and the last 50% of incoming flights to the region.

“The ICAO outcome on a global measure is full of holes, and many uncertainties about any deal in 2016 remain,” she said.

“In these circumstances, we urge the European Parliament and Member States to include an option to extend the aviation emissions coverage of the ETS to a 50/50 basis in 2017. Only then will regional measures, like the EU ETS, be environmentally effective.”