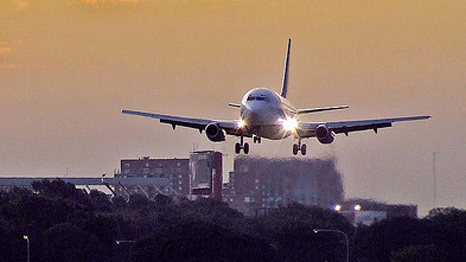 The UN’s aviation body voted on a resolution today that lays the foundations of a market based mechanism (MBM) to curb emissions, at the same time as laying waste to the EU’s own emissions trading scheme.

After a heated debate in Montreal yesterday, ICAO resolved on a text that instructs states to develop a global market based mechanism to be brought to the next General Assembly, which will take place in 2016.

This was finally approved today after a week of intense negotiations, which observers have called “unprecedented” within ICAO.

Many consider this a positive step forward: the issue of how to implement an MBM has been one of the central points of contention since the Kyoto Protocol instructed the UN aviation body to come up with a way to regulate the emissions of the industry back in 1997.

Despite on-going discussions and long term efforts by the EU to broker an environmentally effective deal, there are countries on the other side of the debate that have shown scant willingness to compromise.

The resolution states that, if an agreement on a global MBM is decided upon at the next Assembly, it must be implemented by 2020 – the year after which any growth within the industry must be carbon neutral. It is a deadline which puts added pressure on ICAO to reach an agreement by 2016.

Annie Petsonk from EDF, speaking from Montreal, emphasises that in many ways this is a step forward for the agency.

She tells RTCC, “They’ve set upon a timetable for the negotiation of it. They’re gone quite a way with developing a set of principles of it. We think all those things are very significant.

“Are they a giant leap? No, because it’s just initiating talks and we’ve seen talks be initiated in ICAO before, but these have a time-bound deadline of the next ICAO assembly and there’s been quite a lot of technical work done, so they have a good foundation on which to proceed.”

For some, this deadline of 2016 isn’t soon enough. Emissions from aviation are responsible for 4.9% of manmade climate change, and these are growing faster than any other mode of transport. If unmitigated, these emissions are projected to double or even triple by 2050.

A recent paper by David Lee from Manchester Metropolitan University showed that implementing a market based mechanism quickly was the best way to minimise global warming.

Jean Leston, Transport Policy Manager at WWF-UK, tells RTCC: “There is nothing in this resolution that guarantees an MBM. All we’ve got is a decision to develop one over the next three years and then that has to go to Assembly for agreement in 2016.”

Bill Hemmings, aviation manager at Transport & Environment, said, ““The EU put its faith in the ICAO process, and because of unacceptable weakening and delay, this faith has now been shattered. The science is crystal clear – we can no longer afford to procrastinate if we want to reverse the effects of man-made climate change.”

Negotiations began on Thursday last week, but when countries failed to reach a consensus they were pushed forward to recommence last Wednesday, after a weekend of informal bilateral conversations.

Those speaking to RTCC from the sidelines of the negotiations in Montreal highlight that it has not been an easy week. Emotions have been running high, with the EU in particular taking a beating from countries that are opposed to its regional emissions trading scheme (ETS) proposal.

The final agreement was a considerable blow to the EU’s regional scheme, reducing it to the bare minimum, and going beyond the compromise that the EU had already put on the table last month.

Under the new resolution, the EU may only impose its ETS on flights that both depart and land from within its own airspace.

If it wants to trade the emissions emitted over its own airspace by aircrafts that have come from outside of the EU, it may now only do so with the consent of the other country.

“Certainly yesterday morning saw scenes here I don’t think ICAO has ever seen before,” says Leston. “There was just an incredible outpouring of dislike of the EU ETS, very aggressive interventions from a lot of states, and an almost overwhelming antipathy towards the ETS. You could really smell blood in the room.”

Petsonk adds: “There is clearly an effort to try to push back on a state’s ability to implement a national and regional MBM, and we regarded that as half a step back.”

Leston says that, although this is a blow to the EU, she believes that it will have much to contribute as the global MBM is developed.

She says, “We’ve seen the environmental leader brought down by the pack, but I think once the dust has settled the EU still has a lot to offer in international negotiations.

“This is the only system that’s up and running, and proves that cap-and-trade can work. In the next three years there’s going to be a lot of work to design and develop an MBM, and the EU experience is going to be vital in helping to deliver an MBM.”

Another reservation to the final text was the concern shown for “common but differentiated responsibilities” shown within the resolution, which excludes states with less than a 1% share of total civil international aviation activities – a principle enshrined within the UNFCCC, but excluded from the Chicago Convention, which established the modern aviation industry.

Excluding these countries would ultimately make an aviation deal less effective, as it would exempt all but around 20 of the world’s countries from taking part in the global trading scheme.

The large scale disagreement over the issue of equity bodes ill for negotiations between developed and developing states at the upcoming UN climate talks in both Warsaw this November and Paris in 2015, for which the ICAO discussions are an important precursor.

Leston told RTCC, “I think we would have really liked to see more progress on the ground here in Montreal, going forwards into the COP in Warsaw through to Paris, because a positive outcome from ICAO would have been a really positive force for the good going into the UNFCCC climate talks.

“The fact that we’ve had such a tiny step forward and we’ve seen so much division between developing and developed countries over highly politicised issues such as common but differentiated responsibilities really does not bode well for the future climate talks.

“International negotiations really must move beyond entrenched positions if we’re ever to solve climate change. The more states act out of self-interest and seek not to take action, the more trouble we’re headed for in the future.”