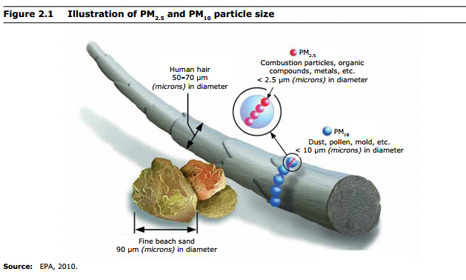 The days of heavy smogs may be history, but tiny particles can damage health (Pic: EEA)

Air pollution poses a serious risk to the health and surrounding environment of European citizens, a new report warns.

The Air Quality in Europe assessment by the European Environment Agency (EEA) reveals 90% of residents in European cities are exposed to pollutants that the World Health Organisation deems as harmful.

An analysis of all 33 member states revealed levels of particulate matter (PM) are especially high in Poland, Italy, Slovakia, Bulgaria and Balkan regions.

PM10 and PM2.5 are two common forms of air pollution particles, often created by fossil fuels and small enough to be inhaled by humans. 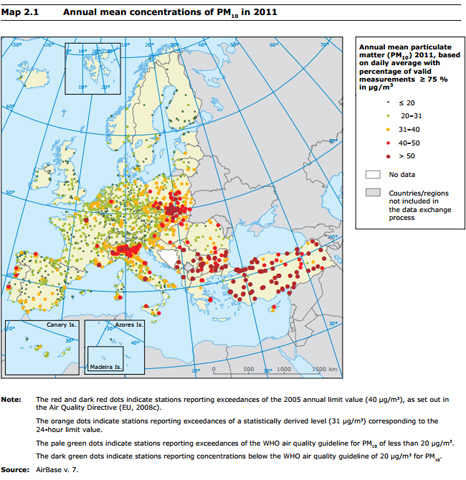 Overall, PM levels in the EU fell between 2002 and 2011, and EEA executive director Hans Bruyninckx says the lack of thick smogs covering European cities indicates progress is being made.

But he added member states need to adopt more ambitious legislation to ensure PM levels and other forms of air pollution continue to drop.

“Air pollution is causing damage to human health and ecosystems. Large parts of the population do not live in a healthy environment, according to current standards,” he said.

Environment Commissioner Janez Potočnik, who is working on a new Air Policy Review, said surveys indicate a growing desire for tougher action from the EU.

“A large majority of citizens understand well the impact of air quality on health and are asking public authorities to take action at EU, national and local levels,” he said. 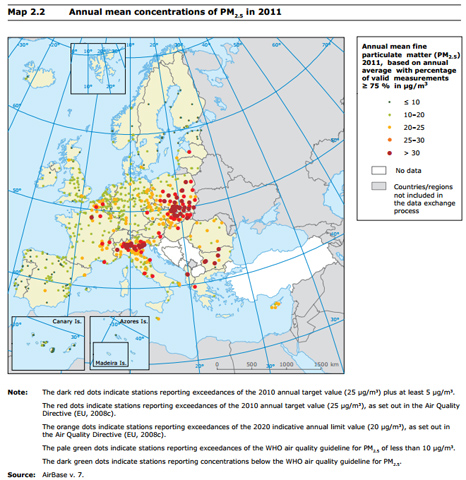 The report emphasizes the links between air pollution and climate change, citing the effect Short-Lived Climate Pollutants like ozone and black carbon (soot) play in warming the planet.

But it warns that policymakers need to manage decarbonisation carefully, or risk a potential increase in air pollution due to a change in fuel sources.

“For example, substituting biomass burning for fossil fuel combustion is often considered a switch to a climate neutral fuel by the climate convention,” it says.

“However, increased biomass burning leads to increased emissions of PM and other carcinogenic substances.”