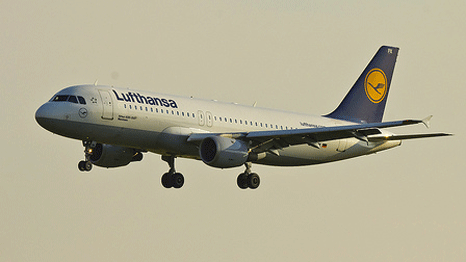 The consensus between UN member states on the recently launched IPCC report has yet to be replicated at the UN’s high level aviation meetings, according to sources close to the negotiations.

The IPCC’s stark warning that the world is on track for 2C of warming by 2100 has not done much to spur on the negotiations on how to reduce the emissions of the heavily polluting aviation industry.

States have been sparring on the controversial topic of whether a global market based measure (MBM) should be implemented to offset the emissions from flights, and how such a mechanism might be regulated.

But discussions yesterday ended without any resolution being passed, and the Assembly has put off attempting to reach a consensus until next week, when negotiations on the topic will be reopened.

In the meantime, the President of the Assembly, Michel Wachenheim, has agreed to hold informal bilateral conversations with key states on Friday and Saturday afternoon, with a view to drafting changes to the existing resolution, which will be presented to the Assembly next Wednesday.

But he added that the global community was in a better place generally on the subject of implementing a global MBM, and that he had high hopes that a consensus could be agreed when the issue is discussed again on Wednesday.

Much is at stake. The EU, which stopped the clock on its own aviation ETS to allow for the political breathing space for a global deal to take place, has already compromised beyond what many NGOs have told RTCC is an acceptable level. It has agreed to limit its own ETS to its own airspace – a long way off its original proposal of imposing a carbon trading scheme for the total emissions of all flights that start and end in the EU.

Its latest proposal of airspace only on departing flights is more politically acceptable, but less environmentally efficient. Sources within the EU have told RTCC that it is a compromise that they are willing to accept, as they believe it would facilitate a global deal that in the long term would be far more effective.

But if the current text before the Assembly is not passed, the EU could revert to its initial ETS. “The EU says they need a framework that’s recognised by ICAO at this assembly, so they don’t have a lot of wiggle room on that,” says Schallert.

“If they didn’t get what they wanted, it automatically by law it is such that it would just snap back into place, both departing and arriving flights.”

RTCC understands that there are a number of aspects of the current resolution that have been contentious, in particular the part that says the individual states may implement their own regional MBM until a global measure is put into place – a barely veiled reference to the EU, the only regional ETS that is being considered at the moment.

Such a patchwork of measures, says Tony Tyler, director general of IATA, the industry body, would be “the airline industry’s worst nightmare”.

Speaking at a conference in Hong Kong in February, he said, “Aviation is a global industry and climate change is a global issue. It only makes sense that the solution also be global.”

Other countries, meanwhile, have objected to the part of the document which states that states which do implement regional measures “should grant exemptions for application of MBMs on routes to and from developing States whose share of international civil aviation activities is below the threshold of 1% of total revenue ton kilometers of international civil aviation activities.”

There is a concern, says Schallert, that such a provision would lead to the exemption of too many emissions.

Others, such as China, are pushing for more recognition of the UNFCCC principle of common but differentiated responsibilities – a more controversial aspect of aviation negotiations than in other UN talks, as it conflicts with the 1948 Chicago Convention, which underpins much of the modern aviation industry.

A positive aspect that has come out of the talks is that countries are now focused on the details, rather than the principles of a global MBM, which many hope will help the situation to progress beyond the political wrangling that has held it up for so long. Singapore in particular appears to have adopted a progressive approach towards the negotiations.

It is hoped that the pragmatic approach of the President will encourage further details to be pinned down over the weekend.

“It’s positive that States are generally focusing on the detail of how market-based measures are applied rather than the principle, and we hope the informal discussions can make substantial progress towards a global deal,” Tim Johnson, Director of Aviation Environment Federation, told RTCC.

Schallert added, “Singapore said that countries concerns in this Assembly meeting were based on ideological positions and principles, but if we strictly debate on principles we may not be able to come to consensus.

“I think what the President is asking for is proposals that are concrete, that find solutions, not just your negotiating position. ‘Don’t come to the table with that’, that’s the message that he sent, and we’re hopeful that countries realise that is what’s going to have to happen, because countries don’t want to be the pariah of this assembly.