IPCC’s growing confidence is ‘not a question of grade inflation’ 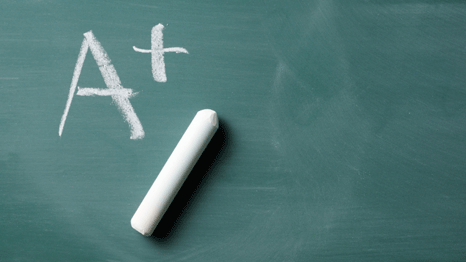 The growing certainty in the IPCC that climate change is caused by humans is “not a question of grade inflation”, says a leading climate scientist.

Speaking at the Royal Society yesterday, Peter Stott, who leads the Climate Monitoring and Attribution team at the Met Office Hadley Centre, said that the growing conviction that humans are the dominant cause of global warming is not inevitable, but is a result of better modelling and observations of the climate system.

He said, “People have jokingly said this to me over the years, ‘Well, of course you have to come to a high level of confidence because that’s the nature of the job when you make this assessment. You always have to increase the level of confidence.’”

But, he emphasised, “That is absolutely not the case.”

Since the first IPCC report was released in 1990, the scientists involved in its creation have become increasingly confident in the assertion that the primary cause of climate change is humans pumping CO2 and other greenhouse gases into the atmosphere.

While both the Fifth Assessment Report (AR5) released in Stockholm last week and the fourth report that came out in 2007 stated that the human impact upon the climate was “unequivocal”, this has not always been the case.

The first IPCC stated much less emphatically that “emissions resulting from human activities are substantially increasing atmospheric concentrations of greenhouse gases” and that “these increases will enhance the greenhouse effect, resulting on average in an additional warming of the Earth’s surface”.

In 1995, the second report said that most studies have “detected a significant change and show that the observed warming trend is unlikely to be entirely natural in origin”, adding: “the balance of evidence suggests that there is a discernible human influence on global climate.”

In the latest report, scientists have asserted that they are 95% certain that humans are the cause – an increase again from the AR4’s 90%.

Stott said, “You can then look back over the past assessments, and you can see how the level of confidence has increased… If I were to give you some take home messages about this, I would just like to go back and say very basically why we have come to that high level of confidence.”

The fact that the methodology used is carefully calibrated across all the reports, says Stott, means that the results from each are directly comparable.

“We have very importantly and very carefully calibrated that system [used in AR5] against previous assessments.

He adds: “It’s not a question of grade inflation here. It’s the same basic basis.”

Developments in science are also responsible, helping researchers to carry out more thorough assessments and therefore leading to more confidence in the results.

He says, “Our understanding has developed. We have greater understanding of the observations, we’ve got better models and we’ve got more analyses now that we can put together right across the climate system.”