Lord Deben: no justification for changes to UK carbon budgets 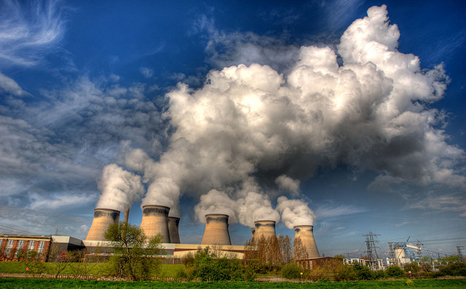 In a letter to Ed Davey, Secretary of State for Energy and Climate Change, Lord Debden said the budget has “manageable costs and impacts” on the UK economy and therefore does not require any modifications.

To ensure this is achieved, it has to set out five-year decarbonisation ‘budgets’ which are agreed by Parliament.

In 2011 Prime Minister David Cameron approved a tough budget lasting until 2027, which will see carbon dioxide emissions cut 50% by 2025.

Deben says that it is “essential that the UK continues to push for an ambitious EU 2030 package, which is required as part of an effective global response to climate change”, adding that current carbon budgets are in line with European plans.

The intervention comes days after Chancellor George Osborne questioned current decarbonisation plans, saying he did not want the UK to be “ahead of European partners” in setting targets.

In signs of a new split emerging between the country’s Conservative and Liberal Democrat Coalition partners, Ed Davey told a gathering at the Royal Society this week that the UK would have to face its historical responsibility as a developed state and make deep emission cuts.

Ministers will have to wait until December for the committee’s full report, which will examine in detail the full domestic and international context for emissions reduction, and make a recommendation on whether the budget targets should stay at current levels.

This week the Intergovernmental Panel on Climate Change (IPCC) released its report showing evidence that climate change is predominantly man-made, and setting a limit to the quantity of carbon dioxide that can still be emitted before temperatures increase to dangerous levels.

According to the report, the climate can absorb approximately 1000GT of greenhouse gases – of which humans have already used up about two thirds.