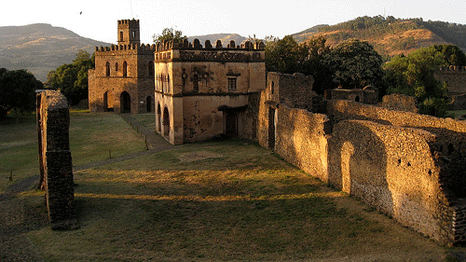 Ethiopia’s complex history of roving kings and displaced peasants has left a mark on the country even today, discouraging farmers to plant trees and worsening land degradation.

These are the findings of scientists at the Centre for International Forestry Research (CIFOR), who have been examining the past to shed some light on the present stress on Ethiopia’s landscape and agriculture.

The study found that, while the state recognised Ethiopia’s problem of land degradation at the end of the 19th century, giving rewards to those who planted trees and exempting these lands from taxes, farmers continue to be reluctant to invest in planting new trees on their farms.

They will, however, plant them around their homes and on their own homesteads. It is, he says, a legacy of long feudal history, stretching back to the 13th century, which has left farmers insecure about their tenancy over their land.

In the past, kings used to rove across the country as they tried to evade their enemies, often with tens of thousands of soldiers and followers in tow. They also brought with them the unfriendly habit of degrading the landscape that they would temporarily occupy, as they exhausted the wood supply, which even today remains the primary source of energy in rural communities.

But as the kingdom expanded into the south, much of the land previously farmed by the peasants fell under state ownership, and the occupants were turned into tenants who had to turn over a portion of their produce to their new lords. The landlords would discourage tree planting, as it competed for space with the more lucrative grain.

“This may have instilled a feeling of instability that influenced farmers, particularly in central and southern Ethiopia, not to plant trees,” said Habtemariam Kassa, lead author of the paper.

Land degradation is one of the main challenges facing Africa and in particular Ethiopia, with the high growth rate of the population – 3.2% every year, according to the World Bank – putting added pressure on its natural resources.

Although largely a manmade problem caused by agricultural clearing and overgrazing, degradation is exacerbated by irregular weather events such as droughts. Ethiopia has already experienced seven major droughts over the past three decades, resulting in five famines – conditions which are expected to worsen as temperatures rise further.

Kassa says that, in the face of these problems, growing trees could provide an opportunity for landscape rehabilitation, but, he adds: “Despite this, tree planting has remained marginal.”

“The demand for food and wood by the urban and rural population for construction and for energy is growing as Ethiopia’s population grows.

“And this demand must be met by bringing trees into the equation if we are to reduce huge wood import bills, and avoid soil erosion, wood and food shortage, drought and subsequent famine.”

The findings come in the same week as the UN Convention to Combat Desertification meets in Namibia to lay the foundations for a global deal on ‘Zero Net Land Degradation’ in 2015, the same year when the world will come together in Paris to attempt to reach a global climate change agreement.

Kassa argues that the feudal history of Ethiopia remains embedded in a series of policy failures, from a lack of tenure security to a history of free grazing to abrupt changes in rural development policies.

And although the government is increasingly recognising the need for secure land tenancy, the problem is far from solved. He says: “The ownership aspects of communal lands and forested areas remain still governmental and largely open access, meaning farmers may still be reluctant to invest on tree planting activities on such lands.”

“Unless these issues are addressed degradation of Ethiopia’s landscape will only worsen.”

But Ethiopia isn’t the only country whose history has led to land degradation.

Paradoxical though it may sound, over 20,000km2 of Iceland is covered in desert – and they have the Vikings to thank.

When the invaders settled in Iceland, they cut down the trees and brought along their sheep, turned the wooded country into a barren wasteland.

The barren landscapes have led some to indicate that Iceland could be an example of what awaits the rest of the world if the problems of desertification and land degradation are allowed to continue.