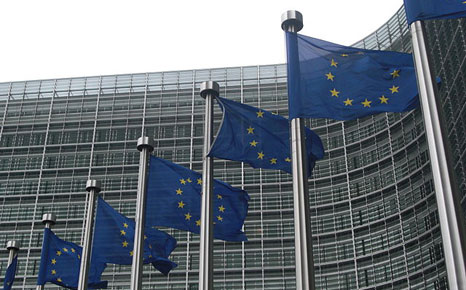 The European carbon market (EU ETS) is likely to remain oversupplied with allowances in circulation until 2027, unless tighter controls are placed on businesses, say analysts.

Stig Schjølset, head of carbon analysis at market intelligence company Thomson Reuters Point Carbon told RTCC that it is a lack of political ambition that is holding back the EU from making decisions to increase carbon pricing, thereby reducing emissions.

“If you put in place more ambitious targets for the period between 2020 and 2030, it will drive up the need for further [emissions] reductions and carbon prices.”

Schjølset said the low carbon price that is available today and “potentially for another decade” could encourage the construction of fossil fuel plants.

This, he says, “will mean that the investment decisions that should be put in place to make the European economy greener might be postponed for too many years and that might make it difficult to meet the long term targets that everyone has signed up to.”

The total number of permits issued (either auctioned or allocated) determines the price for carbon. The actual carbon price is determined by the market.

For any allowance price increase towards 2030 to occur and therefore cut emissions, Europe needs a “high carbon” lock-in, which refers to stopping the construction of further fossil fuel plants and instead letting those that remain continue until the end of their lifespan.

But market participants are currently not incentivised enough to invest in emission abatement technologies and to stop financing new fossil fuel facilities due to the oversupply of allowances, which will likely lead to too high a price for allowances and less flexibility in the system over the coming decades.

The European Commission is expected to present proposals for a 2030 energy and climate framework by the end of this year.

A key element of this 2030 discussion is whether reforms should be implemented to strengthen the EU ETS, in order to get the EU on track towards its long-term ambition to reduce carbon emissions by at least 80% by 2050.

“Our price forecast is based on the assumption that the EU takes on a greenhouse gas reduction target of 40% by 2030, implying that the reduction factor in the EU ETS would increase from 1.74% under the current legislation to 2.5% from 2021,” said Schjølset.

“Even though it is likely that more ambitious policies will be put in place over the coming years, we think carbon prices will essentially remain at single-digit levels, averaging €7.7/t in the period up to 2020.

From the start of phase 4, which is scheduled to run from 2021-28, we expect the market to be short on an annual basis. This will gradually erode the accumulated oversupply and prices will likely increase rapidly as more expensive reductions will be needed to meet the cap.”

The long-term price forecast is based on the assumption that the EU will take on a target to reduce greenhouse gas emissions by 40% by 2030, that there will be no access to international offsets in the 2021-30 period and that the share of renewables in the final energy consumption will increase to 30% by the end of the next decade.

In July, the European Parliament passed market reforms to introduce a one-off event known as ‘backloading’ or holding back allowances to limit supply and lift the price toward a level that might stimulate CO2 reductions.

The EU currently accounts for around 10% of global greenhouse gas emissions, which rose globally in 2012 by 1.4%, according to the International Energy Agency.

Overall, Schjølset remains optimistic: “We think [all the heads of state] will sign up to the long term targets and put in place some interim targets in order to get there.”

Separately, London-based NGO Sandbag is warning that the UK government’s ‘bonfire of regulations’ will endanger the integrity of the scheme in the country.

Under reforms to the scheme, penalties for not surrendering emissions permits are set to be “dramatically” lowered. The amendments also set out that non-compliance is to be treated under civil, not criminal law.

Furthermore, the changes give the regulator total power of discretion, allowing them to further reduce or even waive penalties entirely.

Sandbag’s Phil MacDonald says: “These changes appear to contravene the ETS Directive which clearly states that installations not paying for their pollution are penalised to the tune of €100 ($135) per tonne of CO2.

To date fines for EU ETS noncompliance have totalled approximately £5 million ($8 million) in the UK, with £2.8 million ($4.5 million) coming from ExxonMobil’s single 2011 fine.

These fines are marginal considering the EU carbon market was worth $148 billion in 2011.

Changing the regulation so dramatically to reduce fines seems to have little to do with lightening the regulatory burden, said Sandbag. It believes that robust penalties and the threat of criminal convictions are important deterrents to stop ETS noncompliance and reflect the serious implications of defrauding both the market and the environment.