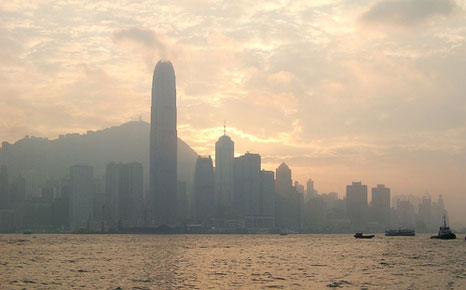 Millions of lives could be saved by the end of the century if greenhouse gas emissions were reduced, say US researchers.

If the world does take concerted action to reduce greenhouse gas emissions, then by 2100 between 1.4 million and three million people a year will be conspicuously better off: they won’t be dead.

Jason West of the University of North Carolina, Chapel Hill, in the US, and colleagues took a long, cool look at the health consequences of climate mitigation, and report that as carbon dioxide emissions fall, so do levels of fine particulate matter and ozone.

These incidental by-products of fossil fuel combustion are notorious health hazards, and can impose huge health costs on society.

But some air pollution would be a direct result of climate change, and slowing this, too, would have a global health payoff.

The authors report in Nature Climate Change that in US dollar terms, for every tonne of carbon dioxide emissions saved, the world would be somewhere between $50 and $380 richer.

Calculations like these are bewildering, hard to resolve with plausible accuracy and of course cannot be checked for another eight decades.

Most of the notional sufferers are not yet born, and some would suffer and die from respiratory problems anyway.

But such calculations are important for government planning – every decision both imposes costs and delivers benefits, and politicians need to have some sense of which are likely to be greater.

There have been arguments that attempts at climate mitigation would be expensive and, ultimately, more trouble than they are worth.

Dr West and colleagues confined their study to just the immediate incidental benefits of reduced emissions. They thought about the rise in international transport, the effect of methane on global ozone levels, and future population projections.

They did not try to calculate the value of limiting sea level rise, or containing the spread of tropical and subtropical diseases into the temperate zones, or the extra deaths through increased hazards of flood and drought and heat wave in a warmer world.

They just looked at the incidental pollutants that accompany fossil fuel combustion, and started doing the sums.

They considered those regions where there were already high pollution levels and low governmental controls; they considered the age groups likely to cough and choke in an atmosphere of low level ozone, aerosols and fine soot particles.

Dr West also considered a series of climate projections in which emissions were reduced, or not reduced very much, or not at all; and then arrived at a set of likely deaths per year for the decades to come.

They also took into account political possibilities: the likelihood, for instance, that legislation in both East Asia and South Asia would start to limit air pollution, as governments began to do decades ago in Europe and the US.

And they concluded that there was clear value in action now: a global reduction in greenhouse gas emissions would save lives and save money around the planet.

But the money saved in the first decades for health services alone by reducing emissions would be greater than the overall economic price of mitigation.

The authors conclude that there is a clear need to coordinate action on air quality and climate change: “By addressing both problems simultaneously, they may be managed more effectively, at less cost, and with greater overall benefits.”