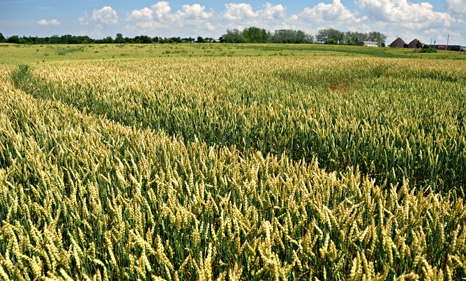 Members of the European Parliament have voted to limit the amount of  biofuels that can be derived from food-based crops to 6%.

The EU wants 10% of transport fuel to be comprised of biofuel by 2020, as part of efforts to cut carbon emissions.

Intense lobbying has surrounded this vote, which affects an industry worth an estimated €13-16 billion. Member states will now decide whether this cap is appropriate.

MEPs also agreed to include indirect land use (ILUC) factors in its biofuels legislation from 2020.

Environmental campaigners have been asking for pollution from clearing areas like rainforests, or ILUC, to become part of the biofuels 2020 legislation when calculating carbon emissions savings offered by biofuels.

MEP Corrine Lepage, who delivered a report outling the positives and negatives of biofuel generation, said lobby groups and members of parliament would have an opportunity to express their views on this issue.

She added the biofuels policy relating to ILUC needed to “balance out” economic concerns as well dealing with the consequences on food prices, land usage and palm oil.

#EP‘s vote on #ILUC one step forward in getting it right on #biofuels. Cap is in, subtarget for advanced biofuels and ILUC-factors in

“MEPs today have chosen to ignore evidence of the adverse impacts of food-based biofuels on food prices and carbon emissions.

“This was a very narrow vote. We welcome the recognition of ILUC factors in 2020 but the delay means the status quo is maintained. Parliament voted for the file to go to a second reading, which means a final decision is not likely before the next European elections.”

“They voted for a 6% cap on biofuels which compete with food, which would allow enough food to be burnt in Europe’s cars to feed more than 200 million people every year.

“However some progress was made as at least MEPs voted to acknowledge the role that biofuels have in causing hunger and contributing to climate change.

“Future investments are likely to remain on hold following today’s voting in Strasbourg, which introduces a whole new level of procedural complexity into the ILUC policy situation.

“”The 6% overall cap is too tight and the REA continues to oppose the introduction of ILUC factors until there is convincing scientific evidence that biofuels should be singled out in this way. There are some bright spots, though, such as the separate target for advanced biofuels and the continuation of double counting for biofuels made from used cooking oil.”