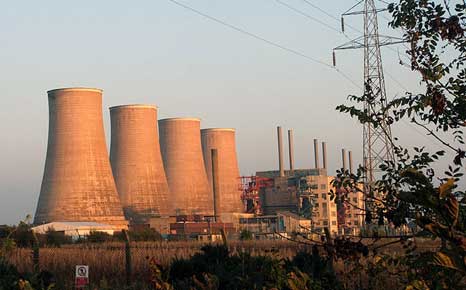 The UK government insists it needs new nuclear power stations to replace ageing installations despite its safety watchdog granting lengthy extensions that could see old ones continue for decades.

The Coalition has been telling Parliament and the public that because eight large nuclear stations are scheduled to close over the next 10 years, the country needs urgently to construct new ones to keep the nation’s lights on.

Yet EDF, the French state-owned company that bought the eight nuclear stations in 2009 for £12.5 billion, has no intention of closing any of them.

A government spokesman denied that its statements were misleading and explained the apparent contradiction by saying that if the stations did not pass their periodic safety reviews then they would have to close.

However, there is no reason to believe they will fail safety tests.  The state safety watchdog, the Office for Nuclear Regulation, told Climate News Network that keeping them open is fine by them.

The stations are constantly monitored, and periodically have major safety reviews. As long as they remain safe, they can remain in operation, provided EDF wants them to. It is a commercial decision, the watchdog says.

This strange situation means that if the government is successful in its policy of building eight new large nuclear stations, Britain will be getting almost half its electricity from nuclear power − something it has never told parliament or discussed as part of its energy policy.

Currently, EDF’s existing nuclear stations produce nearly 20% of the country’s electricity.  Until earlier this year, according to the government, two of them would be closing in 2016: Hinkley Point B in Somerset, England, and Hunterston B in north Ayrshire, Scotland, both of which came into operation in 1976.

These were supposed to be the beginning of a whole series of closures that the government used to argue that new stations were urgently needed.

However, EDF successfully applied for a seven-year extension to the lives of the two stations. The closing date for them has now changed on the Department of Energy and Climate Change’s website to 2023, but this could extend again to 2030, provided safety is still not an issue.

The policy of EDF is to continue going for life extensions for its reactors as long as it can. This means that five more stations that are due to close in 2018, 2019 and 2023, are all expected to be granted seven more years.

To EDF, this rolling programme of seven-year extensions makes good economic sense. Nuclear power stations, once built, are reasonably cheap to run, and every country in the world keeps them open as long as possible.

Put simply, unless prohibitive costs are involved in periodically updating the safety requirements, running them makes considerable profits. The second reason is that it costs a minimum of £2 billion to decommission a nuclear reactor, according to the European Union, and there are two reactors at each of these EDF stations.

If they closed, that huge decommissioning liability would have to be shown on the nuclear generator’s balance sheet − figures that would soon overtake the net worth of the company, thus making it technically bankrupt.

A Department of Energy and Climate Change spokeswoman said she did not believe the government’s stance was misleading. The dates quoted for the closure of stations were their expected lifetimes, unless they were granted extensions. The government, she said, could not anticipate what would happen.

Meanwhile, the plans to build new stations continued – and the spokeswoman said EDF is still currently “inching forward” in its negotiations with the government on how to finance building them.

The cost of new stations is in stark contrast to the price EDF paid for the old ones.

The whole of British Energy cost EDF £12.5 billion to buy, for which it got eight large nuclear power stations, as well as considerable assets, including sites for new ones. This values the old stations, at best, at just over £1 billion each.

This is in contrast to the cost of building a new reactor of at least £8 billion, which is why EDF is unwilling to start on new ones until the government comes up with a generous guarantee of a minimum price for the electricity.  The price EDF is asking for would be double what consumers are currently paying.

The problem the government faces is that it was elected on the promise that it would not subsidise nuclear power. Various attempts to call a guaranteed price “a low carbon electricity tariff”, rather than a subsidy, have not satisfied critics.

This is also complicated because the European Union is also against subsidies, because they distort competition.

Despite this hurdle, EDF still plans to build new nuclear stations in Somerset and in Suffolk, England, although the decision to go ahead has been postponed several times.

The expected completion date of the first new station has been put back from 2018 to 2022, and even that is considered to be optimistic.

There is at least one other nuclear player in the market waiting to see how the negotiations go between EDF and the British government. This is the Japanese electronics giant Hitachi.

It plans to build new plants at other sites at Wylfa on the isle of Anglesey, Wales, and at Oldbury, in Gloucestershire, England. These proposals have also been welcomed by the government, but again no details of how much Hitachi will get for the electricity have been agreed.

Whatever happens, the Government spokeswoman said, it is still committed to its policy of new nuclear build to keep the lights on and ensure security of supply.