How green is 3D printing?

Engineers and designers say 3D printing could herald a green industrial revolution – but how realistic are their claims? 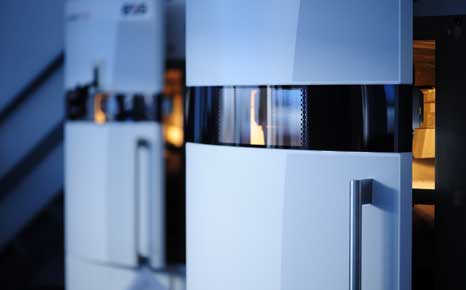 The 3D printing market is increasing four-fold every year.

Estimated to be worth US$4 billion by 2025, it has attracted US$22.8 million investment from the UK government and even NASA is using the technology for rockets.

Now the world’s largest funding platform for creative projects, Kickstarter, is hoping to take 3D printing to the next level with AIO Robotics‘ Zeus 3D printer, to be released next month, incorporating a scanner, fax, copy and 3D printer in one machine.

3D printing, or additive manufacturing (AM), uses various raw materials to create objects by printing layers of material based on 3D digital models. Until now it has been used by product designers for making prototypes, in a number of high value manufacturing applications and also by private hobbyists.

A new report from global management consulting firm McKinsey highlights the improvements in AM performance. It cites a 90% drop in the price of some low-end 3D printers and materials for home users compared to four years ago.

Dr Martin Baumers from the EPSRC Centre of Innovative Manufacturing in Additive Manufacturing at the University of Nottingham told RTCC that from an environmental perspective, 3D Printing may be beneficial in a number of ways: on-demand production may lead to reduced raw material requirements and a reduction in number of raw materials needed, reduced wastage originating from the process and also cuts in carbon emissions resulting from savings in the distribution stage.

However, Nick Owen, director of 3D Print UK told RTCC that “[3D printing] is not all it’s cracked up to be in terms of [being] environmentally friendly; in fact it’s a very energy thirsty process.”

So what does 3D’s expected growth mean for the environment?

In 2008, a separate team of researchers from Loughborough University and industry specialists teamed up to compare the carbon footprint of of various components built by AM to one made by traditional manufacturing or injection moulding.

The project, which they light-heartedly dubbed ATKINS to reflect its low carbon or ‘low carb’ focus, received £2.7 million from the Technology Strategy Board in 2008.

They found that 3D printers that use heat or a laser to melt plastic consumed up to 100 times more electrical energy than traditional mass manufacturing to make an object of the same weight.

“If you compare that to mass production where an injection mould is pumping out 1,000 things an hour, our machine is probably pumping out 100 things a day using the same amount of electricity.”

Baumers argues that 3D printing uses less energy than traditional manufacturing which can be measured by the amount of plastic needed for each product.

“You would melt less material and you would also use less raw material because you’d only melt the plastic material that you would need to form part of your final product.”

The waste created by mass manufacturing would require further energy to melt whereas with AM very little waste is created because goods are made in much smaller batches.

3D printing generally uses plastic, favoured by environmentalists because it can be recycled, but in itself not the most ‘green’ product.

Owen argues that although machines that can recycle 3D printer plastics do exist, the quality of the material deteriorates the more times it is recycled and therefore “the more likely it is to break so people might be less inclined to recycle their material”.

One company in the US is taking its first steps towards reusing the plastic from failed 3D prototypes.

Tyler McNaney, CEO of Filabot, believes it’s important the industry works on reusing more waste products: “Once you can recycle an item and turn it into something useful, it’s not being thrown away. We have a five-gallon bucket full of failed prints,” he said.

“This is what we call conventional manufacturing where you have, for example, injection moulding tools that will be used to make the parts like the cookie cutter in baking cookies of a particular shape.”

Without a cookie cutter you can’t make the cookies, but in 3D printing you do not need any tools to bring your designs to life.

“Because it doesn’t need any tools you’ve got several benefits and few drawbacks,” says Baumers. “One of the benefits is you can make really innovative shapes because you don’t have tooling putting limits on the shapes you can make.”

The ATKINS researchers found another advantage: 3D printed products can be up to 50% lighter than the same products made through traditional manufacturing.

Dr Phil Reeves, managing director of Econolyst, a partner of the ATKINS project cites figures suggesting that if you save 100 kilograms in aerospace you save US$2.5 million of fuel.

At a time when the aviation industry is under pressure to reduce emissions, news that lighter planes needing less fuel would be welcome.

The figures were most dramatic for aerospace components, says Hague, which have carbon savings equalling “three to four orders of magnitude more” than the amount of C02 emitted to make them.

The implications of this new manufacturing technology for the logistics industry could be huge – a positive for mitigating climate change but heavy revenue losses for the transport sector.

Goods which were previously produced in China or other Asian markets could be sourced locally reducing shipping and air cargo volumes as well as the need for storage facilities.

Market research company Transport Intelligence believes that some positives for the logistics market do remain.

Its research indicates that companies which can stay in the market could deal with the storage and movement of the raw materials used in 3D printing. As AM become more affordable to the general public, the home delivery market of these materials could increase.

The US Department of Energy recently estimated that 3D printing could be worth US$5 billion by 2020 and also has the potential to reduce energy costs by 50% and cut material costs by 90%.

McKinsey’s analysis offers an optimistic picture of 3D printer growth. Equally, it’s worth taking on board advice from Deloitte, who warn “one must be wary of the hype surrounding the technology”.

Claims that it could reduce energy, transport and material use in the short term should be treated with healthy scepticism. Equally, this is a young technology which is likely to become cheaper and more efficient in the coming years.

Bras, guitars, guns and cars have all been created with varying degrees of success by 3D printers in the past year. An American team has even started printing mini solar panels.

It’s not green yet, and we’re unlikely to see printers revolutionising manufacturing in the next decade, but one thing is for sure, it’s only going to get bigger.