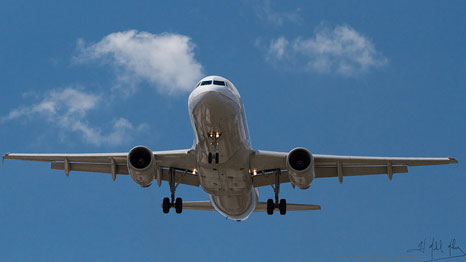 A global deal to reduce emissions from the aviation industry is looking increasingly unlikely to be agreed at the international negotiations taking place next week in Montreal.

A draft text of the resolution to be discussed at a council meeting of the International Civil Aviation Organisation (ICAO) seen by RTCC proposes that states work towards the development of a market based mechanism to reduce emissions.

But in a move branded “disappointing” by NGOs, it states that no decision will be taken until the 39th General Assembly in 2016 – one year after countries are set to cement a binding UN climate agreement in Paris.

The document requests the ICAO Council to “make a recommendation on a global MBM [market based measure] scheme that addresses key design elements … and the mechanisms for the implementation of the scheme from 2020.”

It highlights that an MBM should “contribute towards achieving global aspirational goals” for the aviation industry – improving the efficiency of the world fleet by 2% per annum up to 2050 – but equally “should not impose inappropriate economic burden on international aviation”.

China, America and the EU are said to be keen to move the text forward at the Council meeting, while developing countries are less enthusiastic, worried that any form of MBM could stifle their growing aviation industries.

There has been little action to reduce the sector’s growing greenhouse gas emissions since ICAO, the industry-influenced aviation arm of the UN, was assigned the task under the Kyoto Protocol in 1997.

This additional delay is likely to be seen as another victory for the airline industry. Many had hoped that the added threat of a controversial Emissions Trading Scheme (ETS) imposed by the EU would help bring matters to a head.

Under this system, all aircraft flying into or out of the EU were required to monitor and pay for their carbon emissions.

The outrage of other countries, which saw this system as a threat to their sovereignty, meant that last November the EU ‘stopped the clock’ on the proposed ETS for a year, in order to allow political breathing space for an international agreement to take place.

The approaching reinstatement of the EU ETS for international flights to and from the continent means that negotiations on a global deal have been gaining pace.

Many observers had hoped that an agreement for some sort of market based mechanism could be reached by the ICAO General Assembly at the end of September.

This text promises little but more talk and delay by ICAO and the aviation industry, according to Jean Leston, transport policy manager for WWF.

Leston told RTCC there are fears that the industry may rely on implementing a “basket of measures” – a combination of technological and operational improvements aimed at improving the fuel efficiency of aircrafts – instead of committing to carbon trading scheme.

“If there is an agreement at the assembly then that is a victory of sorts, although the NGO community would say that’s a hollow victory because we don’t know what kind of MBM that’s going to be.”

The latest version of the draft text instructs the council to “finalize the work on the technical aspects, environmental benefits, economic impacts on international aviation and modalities of the three options for a global MBM scheme.”

The document acknowledges that the industry’s preference is for offsetting without generation – the least environmentally effective scheme – but continues to keep all three options on the table, to be decided upon at the 2016 General Assembly.

“ICAO is not making any meaningful decisions, and meanwhile the aviation industry can continue to pollute,” says Leston. The report itself emphasises that any mechanism eventually adopted should continue to promote the sustainable growth of the industry.

The aviation industry currently represents a significant chunk of net carbon emissions. In 2005, it was responsible for about 2.3% of CO2 emitted globally. If the international fraction of these emissions – about 62% of the total figure – were a country, it would be the 17th largest emitter of CO2 in the world.

Its most recent report, released this week, said that it was essential that a market based mechanism was achieved as soon as possible, in order to avoid the global warming that would be triggered by the carbon emitted between now and 2020, after which the aviation industry is bound to limit its emissions.

Professor David Lee, the author of the report and a scientific advisor to ICAO, explained to RTCC that, because CO2 is a long term pollutant that builds up in the atmosphere, the end point of policy negotiations is less important than immediate action – a fact which is says is often forgotten by policy makers.

“These early savings pay off,” he says. “Actually, the whole issue is about timing. You can translate this through to the whole of CO2 emissions; not just aviation – everything. Timing is everything.

“We have to reduce the emissions early. Otherwise the end point is really almost irrelevant.

“If we reduce emissions very late to achieve our emissions goal and pat ourselves on the back, actually the real environmental outcome could be so much worse than if we adopted early measures.”

The text is still in its draft stage, and will be debated by the ICAO Council on the 4 September before being presented to the General Assembly on the 24th.

This means that changes could still take place – or that it could be rejected entirely. Leston describes this as being a “worst case scenario”, as it leaves the negotiations at an even weaker stage than they currently are.

RTCC understands that some of the key countries who have typically been seen as an obstacle to negotiations, in particular China and America, are intending to support the text, while it is the developing states such as India and Brazil that are likely to put up opposition. The EU is said to support the text.

“A lot of the developing states are still questioning the need for an MBM at all,” says Leston.

“They’re looking for a lot of exemptions, and some of them will arbitrate against the idea of a global MBM, saying it would cost their economies, their industries, and that they don’t think it’s a universal requirement.”