Pacific Islands to push for climate ambition at Majuro summit 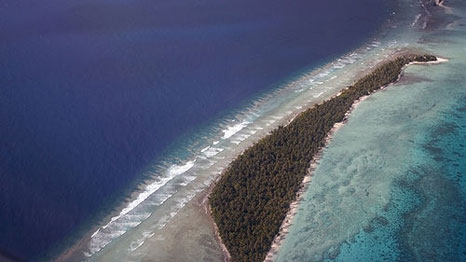 A high level forum taking place next week in the Marshall Islands will aim to address the increasingly pressing issue of climate change that is threatening the Pacific Islands region.

Leaders from the Pacific Island states will be joined by delegates from their 13 Post-Forum Dialogue Partners, including the United States, China, the EU and member states for negotiations on the theme of “Marshalling the Pacific Response to the Climate Challenge”.

The Pacific Islands Forum (PIF) is the main political and economic policy institution in the region. The Majuro summit will be its 44th gathering.

A series of recent weather-related disasters means that the islands have a keener sense than most of the urgency of drawing up a coherent response to climate change.

The Marshall Islands, a group of 29 atolls and coral islands with 54,000 inhabitants, faces particular challenges.

Rising oceans are slowly engulfing the islands, while the government declared a state of disaster on 7 May due to the lack of clean drinking water after a prolonged drought.

Tony de Brum, the Minister-in-Assistance to the President of the Marshall Islands, recently undertook a tour of Australia, trying to raise awareness of the issues facing the islands ahead of the Forum in the hope that it would raise ambition and give the negotiations more prominence on the global stage.

Talking to RTCC this month, he spoke about the possibility of the islanders becoming “climate refugees” as rising sea levels make the islands uninhabitable.

While the Forum’s formal mission is to strengthen regional cooperation and integration, this year it will specifically address how to accelerate the response to climate change in the islands.

The hope is that the Forum will culminate in the signing of a Majuro Declaration for Climate Leadership, signalling the commitment of the attendees to addressing the problem of climate change.

The proposed declaration, which was issued to PIF Leaders last week, aims to generate a “new wave of climate leadership” and to stimulate action ahead of 2015 attempts to negotiate a globally binding deal.

Specifically, the document aims to recognize that current efforts to reduce greenhouse gases are insufficient, and that there needs to be a worldwide effort to phase down pollution.

It also confirms climate leadership position adopted by those at the head of the PIF by affirming the ambitious commitments, targets and actions set to reduce emissions.

Meanwhile, it calls on others, including governments, the private sector, civil society and in particular the Dialogue Partners, to commit to increasing their contributions to the phase down of greenhouse gas pollution.

Incoming PIF Chair and Marshall Islands President Christopher Loeak said, “We want the Declaration to demonstrate the Pacific’s climate leadership through the region’s accelerating transition to clean and renewable energy, and call on everyone, including the world’s biggest emitters, to do more.

“Waiting for a new global agreement in 2015 will not be enough. Accelerating climate action now, and well before 2020, is critical. With global leaders scheduled to come together on climate change in September 2014, now is the time to build our new wave of climate leadership.”

Connie Hedegaard, the European Commissioner for Climate Action, has spoken publicly this week on the need for the EU to take firm action on the situation in the Pacific Islands.

Writing in Islands Business, she says, “It is in our common interest to push for immediate and more ambitious global climate action, for the benefit of our children, our environment and our societies.

“The Pacific can count on Europe’s cooperation and ambition. We count on the Pacific region to help us bring all other major economies on board the future climate regime.”

But Pacific Islands leaders are still on tenterhooks as to whether John Kerry, the US Secretary of State, will attend the event. His attendance, expected but as yet unconfirmed, would mark the commitment of the US to tackling climate change, according to representatives from the Marshall Islands government.

In an open letter to Kerry, Loeak has asked him to show climate leadership by attending the Forum.

He wrote, “In June, President Barack Obama asked if the U.S. would have the courage to act before it is too late. If the U.S. is serious about rolling up its sleeves and renewing its global leadership on climate change, you will pivot to the Pacific and join us in Majuro.”

Loeak plans to present the Majuro Declaration to UN Secretary General Ban Ki-moon in September, in the hope that it will boost ambition and mobilize political will as he plans for the 2014 Climate Change Summit, ahead of a new climate treaty in 2015.