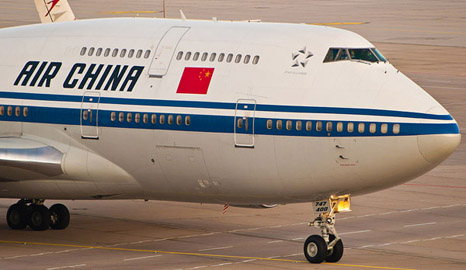 The cost of carbon offsetting could add as little as $2 to a one-way ticket (Pic: Julian Herzog)

The aviation industry can achieve its goal of carbon neutral growth from 2020 by using the available supply of low cost carbon credits.

According to new analysis by Bloomberg New Energy Finance (BNEF), the cost of adopting a market based system of carbon offsetting could add as little as $2 to a typical one way fare.

This, say the authors of the study, could encourage the industry to adopt more ambitious targets in aviation emission reduction.

“What we’ve done is count up the number of potential offset that are available under the existing schemes, and that’s the Clean Development Mechanism, Kyoto, the EU Emissions Trading Scheme (ETS) and the voluntary market,” Guy Turner, chief economist at BNEF and co-author of the paper, told RTCC.

“We’ve added them all and we’ve looked at how many there are. The aviation industry could create its own offsetting mechanism.

“But what is important is that you have an independent body like the UN that verifies the quality of the credits.”

Currently, the International Civil Aviation Organisation (ICAO) is working to targets agreed in 2010, including non-binding agreements to improve fuel efficiency by 2% a year to 2050 and to stabilize CO2 emissions by 2020.

This development occurred after years of stalemate following 1997 Kyoto Protocol, where the decision was taken to assign responsibility for managing aviation greenhouse gas emissions to ICAO. Efforts to control the pollution from aviation are now gaining momentum.

This is largely due to the move by the European Union to include aviation within its own ETS – a move that prompted enough outrage at an international level to encourage ICAO to start negotiations on a global ETS, which would cover emissions from international flights.

The industry called on ICAO to agree on a global offset program with strong environmental integrity, so that aviation’s own emissions costs and emissions cuts in other sectors could be used to meet aviation’s targets.

The new report, called Carbon Neutral Growth for Aviation: At What Price?, examines what this program might cost.

The analysis shows that surplus offset credits already available in the world’s carbon trading systems (4.4bn tonnes of CO2 in 2020) could meet just under 50% of the airlines’ potential need between 2020 and 2050.

If governments adopt tough criteria to ensure offsets represent real emissions reductions, the cost of these credits to aviation would be about $4 to $6 per tonne in 2015.

The calculations consider emissions offsets from both cap-and-trade schemes and project-based schemes.

The cost of this would represent a fraction of international aviation revenue – less than 0.5% – over the period. The analysis suggests that it would add less than $2 to a typical one way fare.

Annie Petsonk, international counsel at Environmental Defense Fund and co-author of the paper, said: “This analysis demonstrates just how affordable a market-based mechanism can be in limiting carbon emissions.

“While aviation’s formidable technological ability can help reduce its carbon footprint, our analysis shows the critical role that high-integrity, low-cost reductions in other sectors can play in meeting the industry’s goal of carbon-neutral growth from 2020.

“As governments in ICAO consider how to address aviation’s contribution to climate change, this should give them the confidence to move ahead with a market-based mechanism for carbon-neutral growth.”

The availability and low cost of carbon credits could also enable to the aviation industry to adopt more ambitious targets.

Turner said: “These findings show that the international aviation sector can control its CO2 emissions relatively cheaply by using market based mechanisms.

The small cost and the ability to pass any costs through into ticket prices, should encourage the international aviation sector to accelerate and deepen its emission reduction pledges. More ambitious emission reductions now look much more doable, than mere stabilization from 2020.”