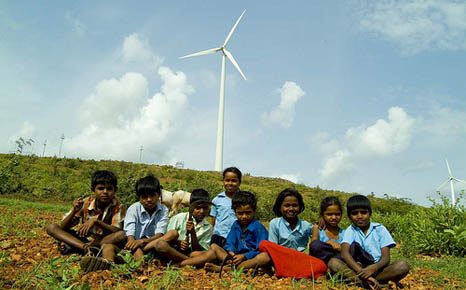 India’s Ministry of New and Renewable Energy (MNRE) has announced solar and wind generation fell in the last two months.

Following peak generation in May, the MNRE has attributed the lack of solar generation in June to cloudy conditions and the monsoon season. In terms of capacity additions 79.56MW of solar was added in July, from nothing in June, but a small increase since May (73MW).

Hari Manoharan from RESolve told RTCC: “Projects are slowly coming up under state solar policies – Rajasthan and Karnataka in particular. Tamil Nadu and Andhra Pradesh solar policies have deadlines which end sometime next year only. Perhaps it’s because of a lack of active state and/or central solar policies that there was no capacity added in June.”

Wind capacity additions have been steadily decreasing with 96.2MW added last month compared to about 248MW added in June.

The wind energy sector, which used to be the flag bearer of renewable energy in the country, has been in turmoil, said market research company RESolve Energy Consultants.

They attribute this to cuts in incentives for project developers who are left to look elsewhere for better investments.

RESolve consultants do however expect wind capacity additions to increase over the course of this year with a new wind energy association set up.

Manoharan said: “Wind is being explored in India at the moment with MNRE setting up a special offshore wind energy unit called National Offshore Wind Energy Authority to explore the possibilities.”

The World Bank predicted in June that rising global temperatures could increase the severity of India’s monsoons. The report states that extremely heavy monsoons currently only occur once every 100 years in India, but they are projected to occur every 10 years by the end of this century.

Researchers from the Potsdam Institute for Climate Impact Research, Germany, linked rising global temperatures to the erratic and unpredictable weather displayed in Uttarakhand in July.

Floods in the region were believed to have claimed the lives of at least 600 people with thousands reported missing.

These extreme weather patterns are taken into account by developers when constructing plants, according to head of market intelligence at Bridge to India, Jasmeet Khurana, who admits that not many people in India “are considering the link between generation and climate change”.