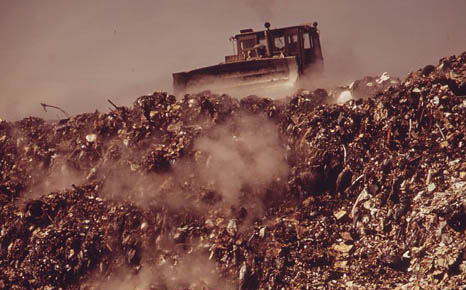 As anti-fracking protests continue throughout the UK, one company claims its biofuel technology could offer a viable alternative to shale gas amidst the protests raging across the UK today.

Rolf Stein, chief executive, Advanced Plasma Power told RTCC that the 228 million tonnes of waste in landfills generated every year in England alone is used by his company to produce bio-SNG.

“The main advantages [of using] the UK’s biggest source of biomass – residual waste – rather than letting it decompose producing methane, which then goes into the atmosphere [is to] produce useful products,” said Stein.

Bio-SNG could play a crucial role in the decarbonisation of heating and help reach the UK’s binding carbon reduction targets.

As part of its work on future energy scenarios, National Grid has forecast that renewable gas could be a vital part of the energy mix in the coming decades.

Last week, ActionAid accused the government of exacerbating world hunger and increasing costs to motorists for wanting to incorporate more biofuels in the UK’s energy mix.

Woods believes public opinion will be instrumental in determining whether biogas is a success in the UK. If the population believe they can use their waste to produce cheap energy at a low environmental cost, the uptake of bio-SNG could be swift.

The UK’s Committee on Climate Change, an independent body that advises parliament, says that one in 20 of the UK’s homes could be supplied with gas from biomass and waste by 2020.

The Anaerobic Digestion and Biogas Association, the industry trade body, argues this could be doubled, and says the potential exists for biogas to suply 10% of the UK’s needs.

“This project is a great opportunity to look at the potential of bio-SNG from both a technical and commercial perspective,” said Marcus Stewart, future distribution networks manager for National Grid, working on the bio-SNG plant in Swindon.

“The project underlines our commitment to seeking economic and innovative ways to decarbonise energy, while making the best use of the existing network. ”

However, Dr Woods argues that we will only see the benefits of this technology once it is on a “level-playing field” with traditional sources of energy, which already enjoy considerable support in the form of subsidies from government.

“The European Union and the US renewable fuel standard have allowed the situation to develop where frack-gas has emerged as a potential contender and the idea that it’s in some way a transition towards renewables which is entirely wrong is just a way of exploiting more fossil carbon without us really addressing the fundamental causes of climate changem,” he said.

“We’ve allowed this potential future to emerge where shale gas is really a flag bearer for the continued exploitation of fossil fuels and we’re not willing to take on the consequences.”