Biofuels could increase UK motor costs by £224 million per year 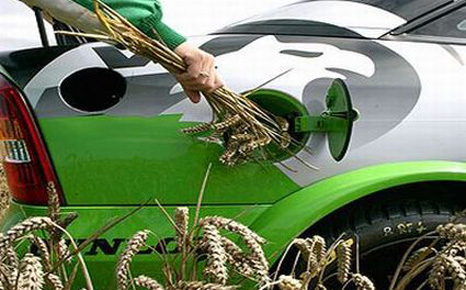 Mixing biofuels into petrol and diesel could cost UK motorists £224 million more each year than the government previously estimated.

ActionAid-commissioned research indicates the government’s plans to increase the proportion of biofuels in UK petrol to meet EU targets is contributing to land grabs, exacerbating global hunger and costing motorists more than the government had previously stated.

At the beginning of August the UK government launched a £25 million competition to drive forward the development of advanced biofuels in the UK.

Actionaid says its backing for biofuels is misguided and based on ‘inadequate price projection models used by various departments’.

“UK motorists are paying even more than previously thought for their petrol because of a misguided biofuels policy which at the same time contributes to global hunger,” said Anders Dahlbeck, ActionAid’s biofuels policy advisor.

In April a report from the Chatham House think tank stated that biofuels could cost UK motorists about £460 million ($700 million) in the year ahead.

In July the EU acknowledged the impact biofuel use was having on global food stocks, and authorised a cap on the use of food-based biofuels.

The new measures also state ‘advanced biofuels’ – energy produced from other sources, such as seaweed or certain types of waste – must account for no less than 2% of energy consumption by 2020.

The Union is set to agree further biofuel standards in September. Current EU targets stipulate that 10% of its transport fuels must be sourced from renewable sources by 2020.

Industry representatives have reacted with anger to the latest report.

“This is very opportunistic PR, distorting figures which were in fact published several months ago,” said Clare Wenner from the UK’s Renewable Energy Association, adding that the answer to ‘land grabs’ is to improve land tenure, not scrap biofuels targets.

“Only 0.05% of global biofuels are sourced from African countries, so biofuels targets are clearly not the main driver. The Overseas Development Institute has found that estimates of land allocated to biofuels projects in African countries has been overstated in some key reports,” she said.

“One of the key challenges for us all is to encourage and communicate the real benefits of the ‘good sustainable biofuels’ that exist and are under development to be used in the optimum places where no alternative exist, and not to allow an over simplification of the issues to jeopardise the real climate benefits available from this technology,” he said.

“To maintain the mobility of our society we must work on reducing the carbon impact on every front. Biofuel and bioenergy have a critical role within this on-going challenge.”