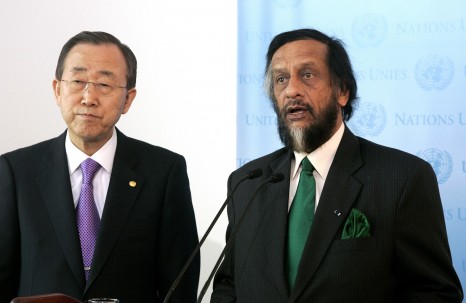 A major UN climate science report due in September is likely to say experts are 95% sure human activities are causing global warming, according to Reuters.

Drafts seen by the news agency suggest scientists working on the forthcoming IPCC AR5 study are more confident that the burning of fossil fuels is heating up the planet than they were in the last report, published in 2007.

It says the report will also address the slowing in the rise of global temperatures in the past decade, saying there is “medium confidence” that it is “due in roughly equal measure” to natural variations in the weather and other elements that affect energy hitting the earth.

Possible theories for this include the high level of aerosols in the atmosphere linked to fossil fuel burning, volcano ash, a drop in the heat from the sun and the absorption of additional warmth by the oceans.

“It might be down to minor contributions that all add up,” Reuters quotes Gabriele Hegerl, a professor at Edinburgh University, as saying.

Former IPCC chief Bob Watson told RTCC it is vital scientists address this anomaly in the AR5 report, arguing it would undermine its credibility if it did not.

“The deniers are saying we’ve obviously got the theory wrong, because greenhouse gases are still increasing – which they are, at a rapid rate – so why isn’t the temperature responding? Therefore, the IPCC must address difficult issues like this, absolutely,” he said.

This is above estimates of 18 to 59 cm in the last report, which did not fully account for changes in the Antarctic and Greenland ice sheets.