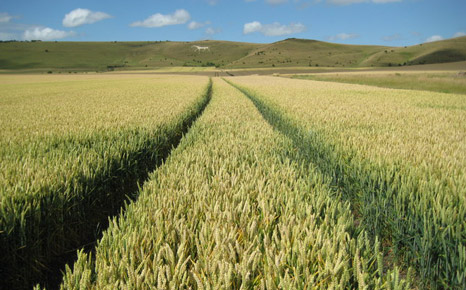 Biofuels are set to play a diminished role in EU efforts to cut carbon emissions after EU Parliamentarians voted to curb the use of crop-based fuels.

The European Environment Committee backed proposals to reduce the share of food-based biofuel used in vehicles to 5.5% of total consumption.

The new measures are primarily designed to counter fears that rising demand for biofuel crops is causing food prices to soar, but emissions from indirect land use change (ILUC) are also set to be analysed when assessing how sustainable certain biofuel crops are in the future. ILUC can include the clearing of wetlands or forests to create farmland.

The measures also state ‘advanced biofuels’ – energy produced from other sources, such as seaweed or certain types of waste – must account for no less than 2% of energy consumption by 2020.

The proposals state that this share should not be achieved at the cost of depriving other industries of raw materials, destabilising EU waste policy, exploiting forests or reducing biodiversity.

The committee also said the market share of electric vehicles should be increased to account for 2% of total transport energy consumption by 2020.

MEPs had hoped the 5.5% cap would be enough keep all parties concerned happy by giving the industry time to adapt to the new measures and by proving to environmental groups the EU’s commitment to tackle greenhouse gas emissions.

But the vote results were greeted with a mixed reaction from green groups and biofuels lobbyists – with neither side entirely happy.

“MEPs voted to subsidise certain advanced biofuels made from environmentally dangerous materials such as industrial and municipal waste (with the exception of a few waste streams), plus forestry and agricultural residues whose use endangers biodiversity and soil fertility,” Giuseppe Nastasi, legal advisor at campaigners ClientEarth told RTCC.

“While today’s vote for a 5.5% cap is better than no cap, it still means that people in the United Kingdom and Europe will put food in their cars that could have fed tens of millions of people,” said Anders Dahlbeck, head of policy at ActionAid UK. “This is not acceptable at a time when 1 in 8 people go hungry globally.”

Some climate campaign groups welcomed the news. The Transport & Environment campaign group’s clean fuels manager Nusa Urbancic, said: “It is encouraging to see that MEPs in charge of protecting our environment finally addressed the elephant in the room by fully accounting for indirect emissions in the EU biofuels policy.”

Supporters of biofuel producers were less encouraged: “The vote is very disappointing for so much of the UK biofuels industry,” the UK Renewable Energy Association‘s Clare Wenner told RTCC. “It will ensure that fossil fuels continue to dominate transport for the foreseeable future and it will reduce the stimulus for investments in improving agricultural yields and practices.

“They will put committed investments in agricultural biofuels and future investments in advanced biofuels at extreme risk across Europe – as well as all the jobs that go with them. So-called green campaigners have well and truly shot themselves in the foot with this pyrrhic victory.”

The legislative report will be put to a plenary vote in Strasbourg in September.