Soot and methane cuts will not control climate change – report 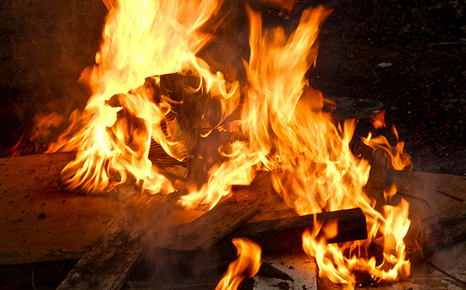 Soot from wood burning may not be as dangerous as previously thought. (Source: Lnk Si)

New research suggests soot and methane have less of an impact on global temperatures than previously thought.

A study by the US Department of Energy’s Pacific Northwest National Laboratory (PNNL) and the University of Maryland found that cutting soot and methane produced an average temperature reduction of 0.16°C by 2050, which is substantially less than the 0.5°C reduction found in earlier studies.

When looking at individual scenarios that employed various assumptions about aerosols, temperature reductions varied from a low of just 0.04°C to a high of 0.35°C.

Both are described as short-term ‘climate forcers’ because scientists believe they trap more heat than other greenhouse gases like carbon dioxide.

Both gases remain in the atmosphere for a relatively short time: a couple weeks for soot and up to a decade for methane. Carbon dioxide can stick around for 1,000 or more years.

“Cutting back only on soot and methane emissions will help the climate, but not as much as previously thought,” said the study’s lead author, climate researcher Steve Smith of PNNL.

“If we want to stabilise the climate system, we need to focus on greenhouse gases such as carbon dioxide, nitrous oxide and methane. Concentrating on soot and methane alone is not likely to offer much of a shortcut.”

At least two studies have been published since 2010 that suggest reducing soot and methane would cut human-caused global temperature increases by half of a degree Celsius, or about 1 degree Fahrenheit, by 2050.

For further comparison, Smith also evaluated these results against what would happen if global efforts to address climate change increased.

While focusing on reducing all greenhouse gas emissions, including methane, a ‘comprehensive climate policy scenario’ also reduced the amount of soot in the atmosphere.

As a result, the climate policy scenario lowered global average temperatures by 0.27°C in 2050, which is more than when only short-lived climate forcers were controlled.

“Focusing on soot and methane may be worth targeting for health reasons, as previous studies have identified substantial health benefits from reducing those emissions,” Smith said.

“To stabilise the global climate, however, the focus needs to be on carbon dioxide and other greenhouse gases.”