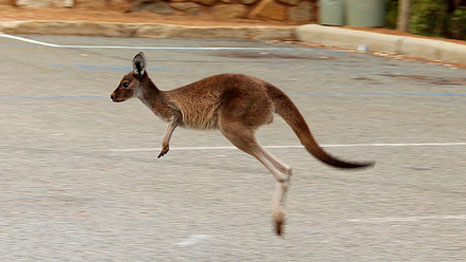 Australia can achieve a 25% cut in its carbon pollution by 2020 through its carbon pricing and emissions limiting schemes, according to new analysis by The Climate Institute.

The study, which was conducted for the World Resources Institute’s Open Climate Network, found that Australia could meet its pledge under the Copenhagen Accord to reduce its emissions by 25% below 2000 levels by 2020.

But, it says, this is only achievable if stable support for investments in clean energy and energy efficiency is forthcoming.

The 25% target set out by the Copenhagen pledge only had to be achieved in the event of an ambitious global deal capable of stabilising levels of greenhouse gases in the atmosphere at 450 ppm or lower.

In the absence of such a deal, Australia has agreed to reduce its emissions by 15%, but again only on the condition that major developing economies commit to substantially reducing their emissions, and that other advanced economies take on comparable commitments.

It has pledged to an unconditional 5% reduction, which would actually require a 23% decline from the business-as-usual trend of emissions.

“The world needs ambitious action on climate change and with a credible climate policy Australia can act as an example to others,” said Jennifer Morgan, director of the Climate and Energy Program at the World Resources Institute.

“Australia’s emissions trading scheme gives it flexibility in its approach, while the legislated limits give the world confidence that Australia will achieve its national reduction goals.”

Both of Australia’s major political parties support cutting carbon pollution between 5 and 25% by 2020, although there is major discord over how this is to be achieved.

According to the report, one of the main risks to Australia’s carbon reduction is the ongoing policy uncertainty surrounding the future of its carbon pricing mechanism and its Large-Scale Renewable Energy Target.

This is exacerbated by the promises of the Coalition to repeal any carbon pricing system – both the current carbon tax and the replacement ETS that is due to commence in 2014 – should they get into power at the forthcoming election on 7 September.

Unless the Coalition signals a credible alternative carbon pricing system, Australia’s potential to reach the 25% target will be diminished.

The report says, “In the absence of such a signal, investments that go ahead will attract higher risk premiums, increasing the cost of the low-carbon transition in Australia.”