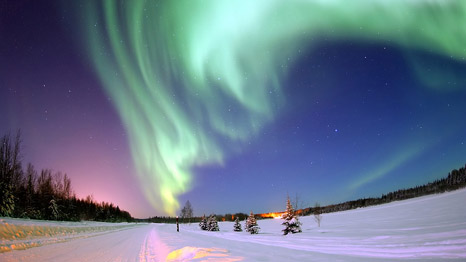 The global agreement that saved the ozone layer may have also prevented dangerous climate change.

In 1987, when almost 200 countries signed the treaty committing them to phasing out the chemicals that were causing rapid destruction of the ozone layer, no one could have foreseen the extent of the environmental destruction they were preventing.

The Montreal Protocol was the result of a rapid cooperation by world leaders once scientists linked chlorofluorocarbons (CFCs) to ozone loss over Antarctica.

But when the treaty was drafted, scientists had yet to uncover the extent of the effect that CFCs have on both climate change and the hydrological cycle.

A new study, published in the Journal of Climate, has shown that, although the treaty was aimed at reversing ozone losses, it also curbed the warming effect that CFCs – a greenhouse gas that can be thousands of times more potent that carbon dioxide – from warming the atmosphere and disrupting atmospheric circulation.

“We wanted to take a look at the more drastic scenario—what would have happened if there had been no Montreal Protocol” said study lead author Yutian Wu of New York University. “The climatic impacts of CFCs and ozone depletion were not known back then.”

Hydrological cycles are already being affected due to rising carbon emissions.

These, say the study, would have been twice as severe across the coming decade if the treaty had not been signed, shifting the jet stream in the mid-latitudes towards the poles, and intensifying the cycles of evaporation and precipitation.

Another 2007 study by Dutch scientist Guus Velders estimated that, had CFCs not been phased out, by 2010 they would have generated the warming equivalent of 10 billion tons of carbon dioxide.

They have now been largely replaced by hydroflourocarbons as refrigerants, aerosols and other products. While they do not cause ozone depletion, they are also a powerful greenhouse gas.

“This research supports the principle that it’s generally best not to put things into the environment that weren’t there before,” said Scott Barrett, an economist at the Earth Institute who was not involved in the study.

“It’s a lesson, surely, for our current efforts to limit greenhouse gas emissions.”