UN to open carbon market offices in Bogota and Manila 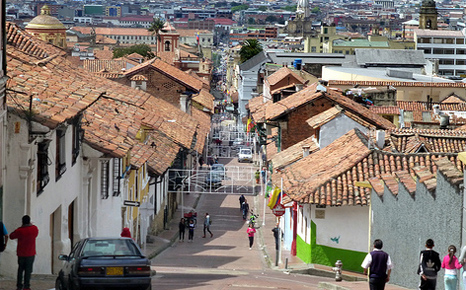 Bogota (pictured) and Manila have been identified as the new regional bases for the UN’s carbon market (Pic: David Berkowitz/Flickr)

The move is part of a new strategy targeted at stimulating interest in the UN-run Clean Development Mechanism (CDM) in developing countries.

The CDM allows developed nations to offset their emissions by investing in low-carbon projects in poorer parts of the world.

Prices of CDM certified emission reductions (CERs) collapsed by 80% in 2013 to around 55 Euro cents due to an over-supply of credits, weak economic growth and unambitious climate policies.

“The choice was to drop anchor or stay the course. We ultimately decided to take this time to maintain and improve the CDM and seek opportunities where they might be found,” said Executive Board Chair Peer Stiansen.

“This meant engaging with stakeholders through partnerships in key locations, especially in underserved areas showing interest and potential.”

According to UN documents, the new offices are set to be based in Bogota and Manila, and will complement similar regional centres operational in Africa and the Carribbean.

“Setting up the centres required a leap of faith. We have a responsibility to implement the mechanism and feel strongly about its value, so we made that leap,” said Stiansen.

“We’re in a constrained market, and will of course be keeping a close eye on progress, but the early results from the centres are encouraging, for the CDM and Africa.”

The CDM board has also revised the application process for new projects, which it says will promote transparency and reduce costs.

The CDM currently operates in 88 countries, and has spurred more than USD 215 billion of low-carbon investment in developing countries, issued credits equal to 1.3 billion tonnes of CO2, and added more than 110,000 Mega Watts of renewable energy to global electricity grids.

Earlier this month it passed the 7000 project mark after certifying a biogas capture plant in a Philippine chicken farm, which will reduce emissions by 48,000 tonnes, equivalent to 10,000 cars.