The world’s largest emissions trading scheme has passed the 7000 project mark, despite continued concerns over its viability and a collapse in carbon prices.

The Clean Development Mechanism’s newest project is a biogas capture plant in a Philippine chicken farm, which will reduce emissions by 48,000 tonnes, equivalent to 10,000 cars.

The news is welcome boost to the UN, which runs the CDM under the Kyoto Protocol.

One thousand new projects have been accepted since February, but certified emission reductions (CERs) prices remain low, having dropped 90% in 2013. 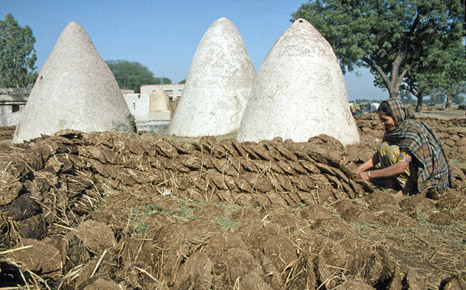 Biogas is produced by the anaerobic digestion with bacteria or fermentation of biodegradable materials such as manure, sewage & crops

“Despite unfavourable market conditions, the CDM continues to provide a mechanism for real emission reductions and real sustainable development for those who wish to use it,” said Peer Stiansen, Chair of the CDM Executive Board.

“The Board will continue its efforts to make the CDM the best tool it can be to reduce emissions and spur development, but Parties must do their part and set ambitious emission reduction targets to incentivize climate action and these types of green growth projects.”

Over the past decade the CDM has spurred more than USD 215 billion of low-carbon investment in developing countries, issued credits equal to 1.3 billion tonnes of CO2, and added more than 110,000 Mega Watts of renewable energy to global electricity grids.

But with governments setting low emission reduction targets, the demand for credits has collapsed, leading to calls for the market to be saved with a $2.5 billion bailout.

Speaking to RTCC two weeks ago, Joan MacNaughton, vice chair of the high-level policy dialogue that reviewed potential solutions to the CDM’s predicament in 2012, said the CDM would likely play a vital role in any global emissions deal agreed in 2015 and needed to be helped.

“The fund is a temporary, interim means to ensure we can retain its functionality,” MacNaughton said. “The real solution is in increasing the demand for offset credits and that means higher levels of ambition on emission reductions by the parties and reaching that agreement will take some time.

“Until we get an agreement on a new mechanism and higher [mitigation] ambition, then we will be able to take advantage of these projects.

“All of this is not about maintaining the market for its own sake. It’s about retaining it as a means to an end, which is reducing greenhouse gases. Without it the wound continues to bleed.”