The consequences of climate change are frequently doled out by nature itself in the form unpredictable and extreme weather episodes but nature can also provide us with some tips to help curb our impact.

Business, science and technology have all looked to the natural world for inspiration in recent times and often it those solutions that are the most ecologically sound from the outset.

Whether its food, water or energy, the following five ideas have taken their lead from the world around them as part of the effort to respond to climate change.

Scientists at the University of East Anglia (UEA) are developing a new kind of solar cell that mimics the photosynthesis process in leaves that converts light to energy.

Instead of generating electricity directly from light, as more familiar roof top solar panels do, the new set up would use the light to split the hydrogen and oxygen in water.

Hydrogen can be used as a zero emissions fuel for vehicles and researchers on the UEA project believe this could prove to be a more efficient use of solar energy. 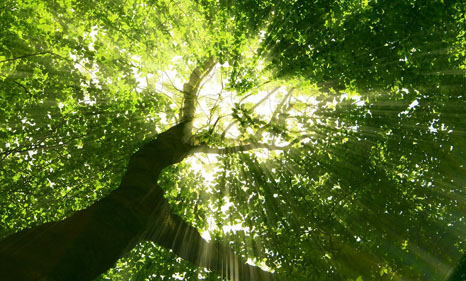 Growing food where there is limited access to water has challenged farmers for centuries. Increased groundwater use, climatic variability and increased waste mean fresh water and food supplies will be under even more pressure.

One trial in Qatar looks to use the water vapour in the air and cool temperatures inside the greenhouses to beat the heat and provide water, process used by camels and desert beetles.

Surface water will be pumped around the greenhouse by solar energy, as it evaporates it cools the air just as evaporating sweat cools your skin. The cooled air then condenses as it passes over pipes filled with cool seawater, creating a freshwater supply for the plants.

The alternative is desalination, the expensive and energy intensive process of extracting the salt from seawater.

Inspiration from nature is one thing but mimicking it physically is another.

Modern Meadow is looking to combine 3D printing and tissue engineering in a process that effectively means printing our own bacon.

The firm will also recreate other meats and leather as it looks to provide a new solution to the climate-induced food crisis.

The bioprinting technology involved could also be used to create human tissue for transplants and other medical uses.

Aneorobic digestion breaks down waste material, typically slurry from farms using the similar chemical processes as the stomach. It creates biogas that can be used as a source of energy directly and a solid by product that can replace chemical fertilisers.

At present, the process is only economical at larger scales. Smaller systems are under development and bioenergy hubs are emerging to pool waste from multiple sources.

The Adnams brewery in the UK produces biogas from the waste products of the brewing process and is now working with supermarket chain Waitrose among other smaller local business to provide a more carbon smart solution for their food waste.

5 – African farmers go back to the wild to beat desertification

Overgrazing is a huge contributor to land degradation, land that is already under stress as a result of climate change.

A group of farmers in Africa are mimicking the behaviour of wild herds in an effort to relieve stress on the lands. The herds, which are larger than smaller groups of sedentary livestock, can churn and fertilise the soil. This improves the pasture and its ability to hold and benefit from the small volume of rain water on offer.

Farmers see better results and the soil’s ability to store and lock in carbon is greatly improved.

The success of the technique is impressive as the image below demonstrates. 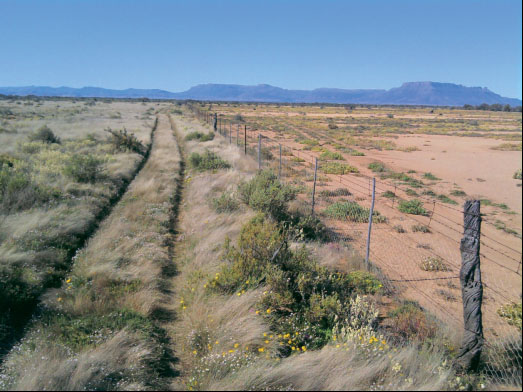