Energy, water and land are being squandered as the world throws out as much as half the food it produces.

A report, Global Food: Waste Not Want Not, by the UK’s Institute of Mechanical Engineers (IMechE) has found that 30-50%, or 1.2-2 billion tonnes, of produced food is wasted by poor storage, bad distribution and exacting quality standards in the developed world.

“As water, land and energy resources come under increasing pressure from competing human demands, engineers have a crucial role to play in preventing food loss and waste by developing more efficient ways of growing, transporting and storing foods,” said Dr Tim Fox, head of energy and environment at the Institution of Mechanical Engineers.

“But in order for this to happen Governments, development agencies and organisation like the UN must work together to help change people’s mindsets on waste and discourage wasteful practices by farmers, food producers, supermarkets and consumers.”

With the global population set to top 9 billion with scarce water and energy resources and climate change making conditions for farmers even harder, cutting waste could help to reduce surging food prices.

“Most people don’t realise that food waste is not only a moral conundrum  wasting food when so many people are hungry, but an environmental problem as well,” Danielle Nierenberg, co-founder of the Food Tank told RTCC. 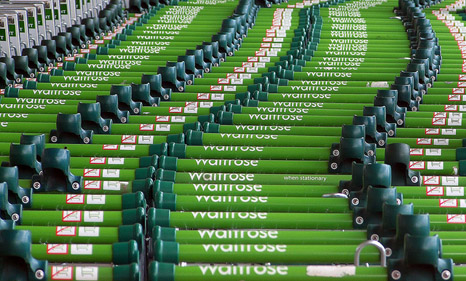 Some supermarkets, including Waitrose in the UK have begun selling ‘ugly’ fruit and vegetables, that would otherwise be discarded. (Source: Flickr/Sean_Hickin)

“We forget that all of the resources and ingredients, that go into making food,artificial fertilizer and other agrochemicals, water, soil fertility, fossil fuel energy, etc, are also wasted when we either food is lost because of pests, disease, or improper storage or because we simply throw it away.”

Water is also under increasing demand from the growing populations, industrialising nations and to fulfill an expanding appetite for hydropower. 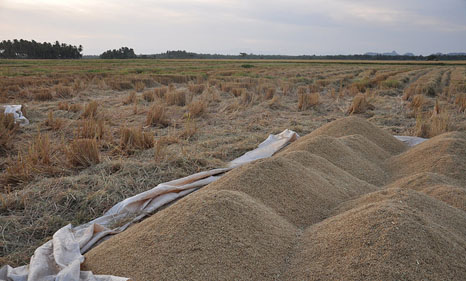 Improper rice storage can waste 80% of harvests between farm and table. (Source: Flickr/katushau)

Hydropower rich Brazil is currently facing a water and energy crisis following a dry summer. India recently announced plans to build 292 dams in the Himalaya to solve its energy crisis but there are concerns the resulting effect on water supplies could be worse.

The IMechE report, notes that just one hectare can provide enough rice or potato for 22 people a year.

“At a time when 870 million go to bed hungry each night, and climate change is already acting as a break on crop yields and pushing up food prices, our waste of food cannot continue,” Tim Gore, Oxfams’s international policy advisor on climate change.

“With demand for food set to increase in the years ahead, we must change our wasteful behaviour in rich countries, boost investment in small scale farming in poor countries, and slash the greenhouse gas emissions that are increasing the costs of feeding a warming world,” he told RTCC.

As nations develop, the appetite for meat also increase placing additional pressures on the amount of land required to feed the population.

According to the IMechE report, producing 1 calorie of food requires 7-10 calories of energy input. As agriculture becomes increasingly mechanised this figure could rise.