10 climate questions that need answering in 2013

After a year of extreme weather, political climate silence and stormy economic conditions, can we look forward to another year of the same in 2013?

There were enough changes at the end of 2012 with new governments, new leaders and shifting public opinion to suggest that if anything, 2013 should be a more proactive year for climate action. RTCC picks out 10 questions that could dictate the direction of the climate debate during the next 12 months.

Will we see raised ambition next year?

It was a running theme in 2012 that culminated in the unspectacular climax of the UN climate change talks in Doha.

Circumstances at home have held back the ambition of many governments with election cycles, fiscal cliffs and infighting making climate change an issue too politically spiky. With Poland coming back into the fold (sort of) at the EU the main obstacle to a 30% emission cut, albeit in 2014, has now subsided. Expect new policies in 2013 to lay the path to 30% and a target to fit these in 2014.

Barack Obama is continuing to keep the climate narrative going and new leadership in China has indicated a commitment to an “eco civilisation” during its first few weeks in power. All this may suggest an increase in ambition on emission cuts, but others would argue it couldn’t get any lower given the second commitment period of the Kyoto Protocol could cover as little as 12% of the world’s greenhouse gas output by its conclusion in 2020.

Away from the Kyoto Protocol, we should see the mysterious pledge to pledge from Saudi Arabia, Qatar, Bahrain and the UAE delivered on too in 2013.

Time for Russia to come in from the cold?

Russia’s dismay at the outcome of the UN climate change talks in Doha was the clearest position they took throughout the whole fortnight of negotiations and the year-long build up. The government sent mixed signals regarding its intention to take part in the second commitment period of the Kyoto Protocol. Even during the talks its position was hard to decipher.

Russia is the world’s largest supplier of gas and some would say an international regime to reduce greenhouse gas emissions would not be in its interests. But with Qatar, UAE, Bahrain and Saudi Arabia “pledging to pledge” emission cuts, the old mind-set that fossil fuel producers have nothing to gain from a legally binding climate deal is fading.

The country boasts that it is responsible for the majority of global emission reductions since 1990 courtesy of the collapse of its heavy industry when the iron curtain fell. But if the country wants an easy passage into a new climate deal it would be easier for it to start updating its economy now. Communism can’t fall again so the country will need a new mitigation strategy. It could always try to opt out, but that didn’t wash in Doha. 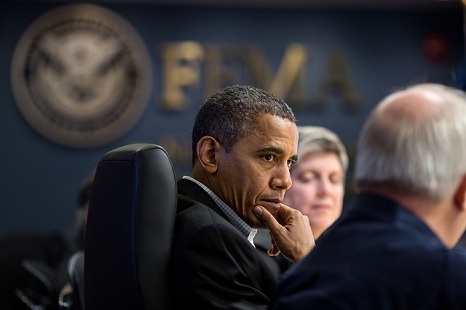 President Obama has pledged to make climate change a priority but his hands may be tied. (Source: Flickr/White House)

There were few signs in Doha of a shift from the traditional US position at the UN talks but with long time climate action advocate John Kerry nominated as the next Secretary of State, change could be coming.

At home, the President has continued the climate debate running post-Sandy and regulations designed to cut emissions from the country’s coal power stations are safeguarded by his election victory.

With recent analysis suggesting that the country is only 10% of the way toward a 17% by 2020 (compared to 2005) reduction, there is still plenty of work to do and the business as usual policies won’t be enough. Obama needs to do more and he has the freedom to do so.

What now for nuclear power?

The nuclear shut down post Fukushima has seen emissions rise. Germany is buying the coal that the Americans don’t need courtesy of the shale gas “revolution”, the Japanese are burning more fossil fuels and have embarked on an aggressive efficiency drive. In Doha, Japanese Ambassador Horie explained how government buildings were turning off escalators and disconnecting the lights in the corridors. Civil servants are bumping into each other he said but they have to do their bit.

Regardless of where which side of the fence you sit on in the nuclear debate, its absence in the short term is driving up emissions, but with a low carbon price and cheap coal, this is a filthy habit that governments can afford.

New nuclear capacity is under way in the UAE, China, India, UK and Poland. Finding the finance is hard but for politicians who don’t want to have to take the stairs in the future, its a challenge worth pursuing. 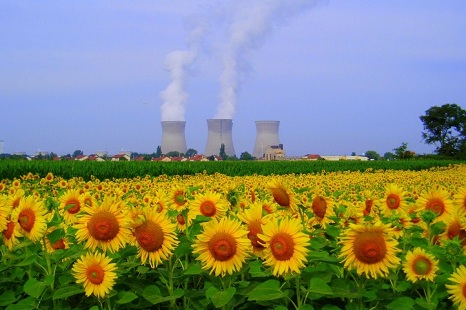 Nuclear energy splits environmentalists but as many as 60 new reactors are at various stages of construction. (Source: Flickr/Jess&Peter)

Staying within the 2°C of warming recommended by the science is not something that can be achieved in any single calendar year but the first steps towards deep cuts could be under way.

Progress is being made on global deals to reduce the impact of shipping emissions and the aviation sector could make a giant stride in that direction in the Autumn of 2013.

The Climate and Clean Air Coalition is gaining traction and the short term climate forcers included in its work, soot, methane, HFCs could make some quick cuts now that could buy time for the 2020 global deal on greenhouse gas reductions that is being negotiated through the UN.

Depending on who you believe the last round of climate change finance delivered $24bn or $33bn. All this between 2010 and 2012, fairly turbulent times in financially, despite this, commitments on future climate aid were thin on the ground at the Doha climate change talks. A handful of EU countries were ready to make pledges and it is unlikely that they won’t be joined by others during the next year.

Things are harder in the US where the fiscal cliff will inevitably lead to cuts in the US budget for overseas aid, regardless of whether a deal is done or not.

There has been pressure recently on emerging economies to make financial contributions to the climate fight. This could be construed as tacit acknowledgement that the old rich-poor divide is no longer valid, and that has far larger ramifications for developing economies than a few billion dollars of climate finance.

Will it still be acceptable for big businesses to do nothing?

Business has been one of the most vocal sectors calling for climate action. The insurance sector has done the numbers and has been saying since the 70s that doing nothing is not ok.

The London Stock Exchange will soon be forcing all companies that trade on it to submit sustainability reports and energy intensive industries have long been seeking out cheap, clean and reliable energy sources.

Some however, simply don’t get it. Whether it’s arrogance or irresponsibility, some of the world’s largest and some of its most public, companies obstinately refuse to be transparent about their environmental footprint.

Apple is the most obvious example but the company knows well that its diligent followers will not stray from the flock regardless. Consumers are increasingly aware of any bad reputation and campaigns such as Greenpeace’s ‘Detox the High Street’ are naming and shaming the laggards one by one and weeding out the rotten apples. 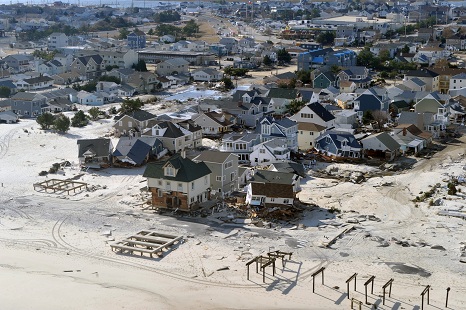 Hurricane Sandy made a big impact on US public opinion of climate change.(Source: Flickr/Jim.Greenhill)

Are we set for more extreme weather in 2013?

The UK’s Met Office has already predicted that 2013 will almost certainly be one of the ten warmest years on record and possibly the warmest ever.

This is likely to translate into greater storminess and disrupted patterns of precipitation. The past two years have seen above average numbers of tropical storms, an unpredictable monsoon season and cycles of flood and drought that have played havoc with agricultural production.

There is no reason not to expect more of the same on 2013. With that in mind, there is no excuse for the level of disaster preparedness not to increase and for countries facing new extremes in recent years, such as New York, to be more alert to their new normal.

Can Brazil find the right path to sustainable development?

Brazil rightly receives the plaudits for dramatically reducing its deforestation rates. They fell again from 2011 to 2012 by a further 27%.

At the same time the country has enjoyed booming economic growth and an increasingly powerful position at the UN climate talks where as one of the big three developing nations after India and China it is instrumental in guiding smaller countries.

In Doha however, Brazil sided with the US in an argument over measuring, reporting and verification of emissions from forests. They refused to sign up to a deal that would establish third-party monitoring, saying that they would only permit this to be done domestically.

For the US and Brazil to block progress at the talks was a huge disappointment for many. With the Rio+20 summit behind it, the county’s government may now be less interested in the sustainability of its unwavering development.

Will Poland ditch its ‘villain’ tag before the next UN climate change talks?

The confirmation of Poland as the next host of the UN ‘COP’ talks was about as unpopular as Doha’s one year earlier.

Poland’s enigmatic Environment Minister Marcin Korolec has stuck to his guns on a number of issues and it is hard to argue with the core of his argument. The country relies on coal for 92% of its electricity and that quite simply isn’t going to change overnight.

Whether it changes at all is the more pertinent question. A new liquefied natural gas (LNG) terminal, opening in 2014, will allow it to swap some of this for gas. A commitment to renewables will be needed to assuage environmentalists.